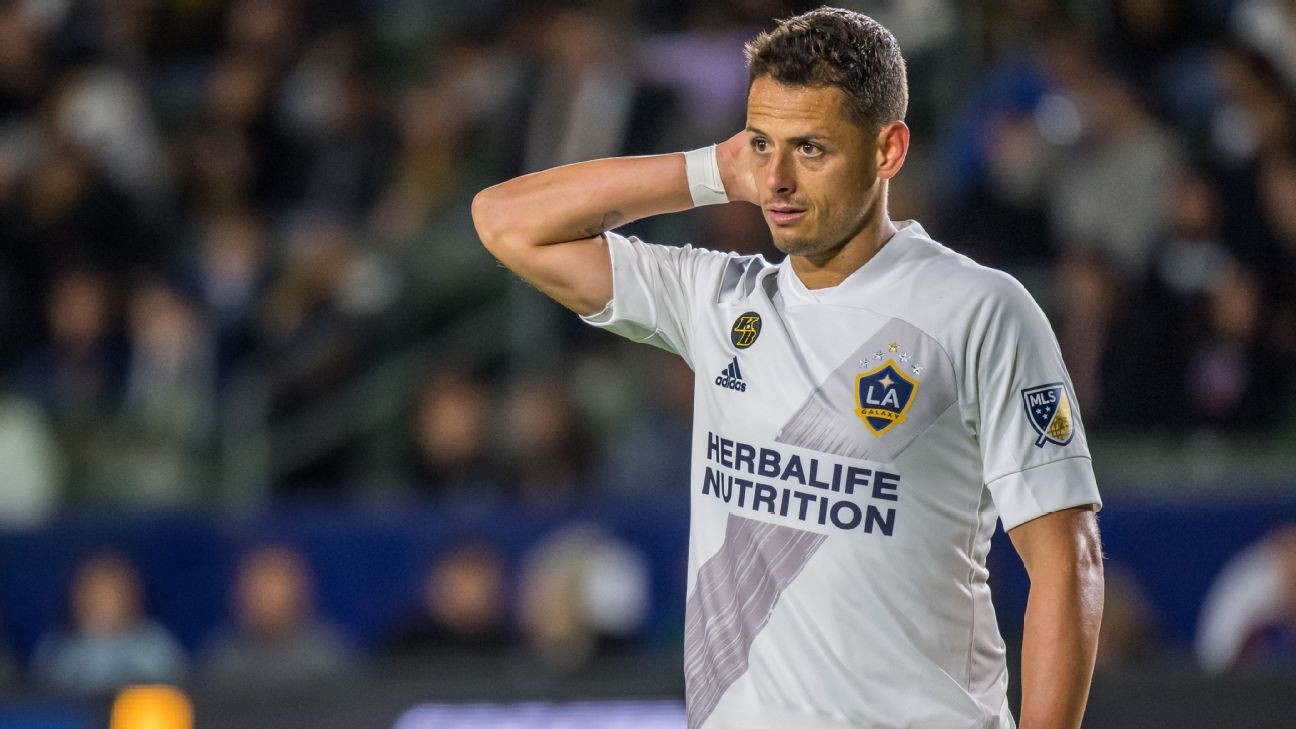 LA Galaxy striker Javier Hernandez has said the decision to play in the MLS is Back Tournament was a tough one, but stressed LAFC's Carlos Vela's choice not to travel is entirely respectable.

The wives of both Mexican players are pregnant and Vela announced that his partner's "risky pregnancy" meant he would not be traveling to Florida to compete in the tournament.

- Stream MLS Is Back LIVE on ESPN networks, ESPN App (U.S. only)
- Group schedule set for MLS is Back Tournament

Hernandez talked to reigning MLS MVP Vela, who he played with as a teenager in Chivas youth teams, about the decision, which he doesn't believe is better or worse than his own.

"I go way back with Carlos, many years and we are great friends," Hernandez said in Spanish in a video conference on Saturday. "We've had a lot of contact during this pandemic. I don't want for people to think that I took a really good decision and Carlos didn't.

"Both decisions are positive, both are completely respectable and neither is better or worse than the other," he continued. "The reality is that Carlos will have his chance to talk if he wants or not -- we all know Carlos -- about why he took the decision.

"I'm happy that he's taken the best decision for him and his family. I don't want people to praise or value me more because I came and him not for staying. I want to be clear about that."

Hernandez admitted that "it was a very rough period of time" coming to terms with the news that MLS would be uprooting the teams and setting up a bubble inside ESPN's Wide World of Sports in order to restart play.

The Guadalajara native was about to move house and the Galaxy helped bring his wife Sarah Kohan's brother from New York to Los Angeles to help with the move and in looking after the couple's one-year-old while Hernandez is away.

MLS is Back's 9 a.m. kickoffs present clubs with unique challenge. Will late-night starts be even tougher?Henry kneels for 8 mins, 46 secs in BLM protest

The withdrawal of FC Dallas and Nashville from the MLS is Back Tournament and a positive test for a Sporting Kansas City player have been talking points over the last week at the tournament, but Hernandez is feeling safe with the protocol Major League Soccer has put in place.

"Honestly, if I didn't feel safe I wouldn't be here and even less so with the situation at home with my son and a pregnancy," Hernandez said.

"More than whether I feel safe or not, everyone here from the No. 1 person in the league to all the players is trying to do everything possible to get this going and do it as well as possible. It's not going to be perfect, (but) it's not worth blaming people."

Hernandez added that the tournament is a little like a World Cup or international cup.

"Imagine you are on a floor in the hotel with your team-mates, of course you can relax," he added. "I've been watching Netflix, I've been playing Call of Duty, FIFA a lot too, relaxing, speaking a lot on FaceTime with my son and Sarah.

"You can relax. Obviously you can't go out and have a normal life, but we all knew that before."