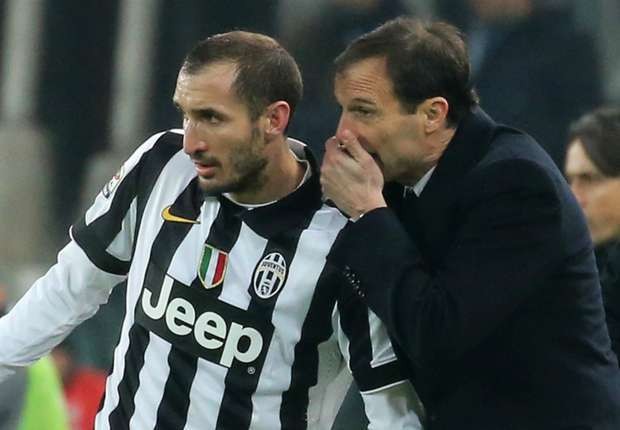 The Bianconeri and the tactician will go their separate ways at the end of the season, bringing an end to five trophy-laden seasons.

While it’s unclear who will replace Allegri at this time, Chiellini made it clear he expected the departure given his knowledge of the Juventus landscape.

“After 15 years at Juventus, I would be lying to you if I didn’t expect it [Allegri’s departure],” he told Sky Sport Italia. “Certain no comments and actions are easy to interpret.

“I know how things work around here. He was sent off the way he deserved. He made history at Juventus and I wouldn’t be surprised to see him back here.”

Chiellini was quick to throw some names in the mix for Juventus’ next coach, while also heaping praise on the retiring Andrea Barzagli.

“Juve’s next coach will be Marcello Lippi,” he stated sarcastically. “Maybe Barzagli will be the next coach.

“He is taking the coaching course in July and the season starts in August. However there are people better suited to picking than I am.

“Winning this Scudetto was different as a captain, as I shared it Barzagli who is retiring.

“He is quiet, but he has given a lot and it’s tough to see how important he is in the dressing room from the outside.”