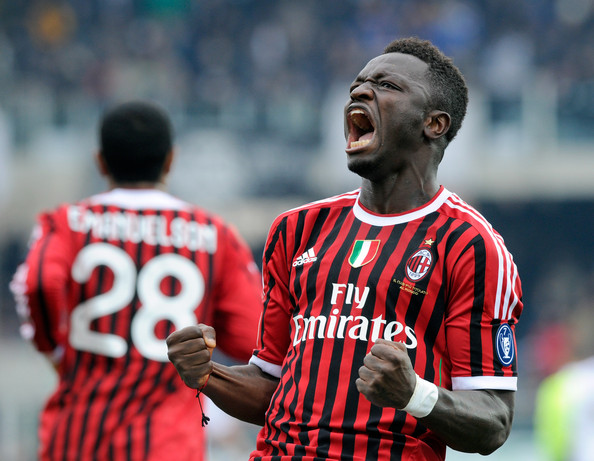 Chievo Verona have explained why a ball-boy reluctantly accepted Sulley Muntari's Milan shirt at the end of Tuesday's Serie A match.

The child tried to hand the jersey back to the midfielder [see video of incident] at the end of last nightâ€™s 1-0 Rossoneri victory at the Stadio Bentegodi.

Amid suggestions that the youngster didnâ€™t want it â€“ or that he was indeed an Inter or Juventus fan â€“ the club have issued a clarification statement.

The Flying Donkeys have made it known that it is club policy for the ball-boys to not disturb players at the end of 90 minutes by asking for their jerseys.

Chievo went on to reveal that the kid, part of the clubâ€™s youth system, is actually a Milan fan. Heâ€™s now been allowed to keep the memento.

Muntari scored the only goal of the game with a long-range missile of a strike.