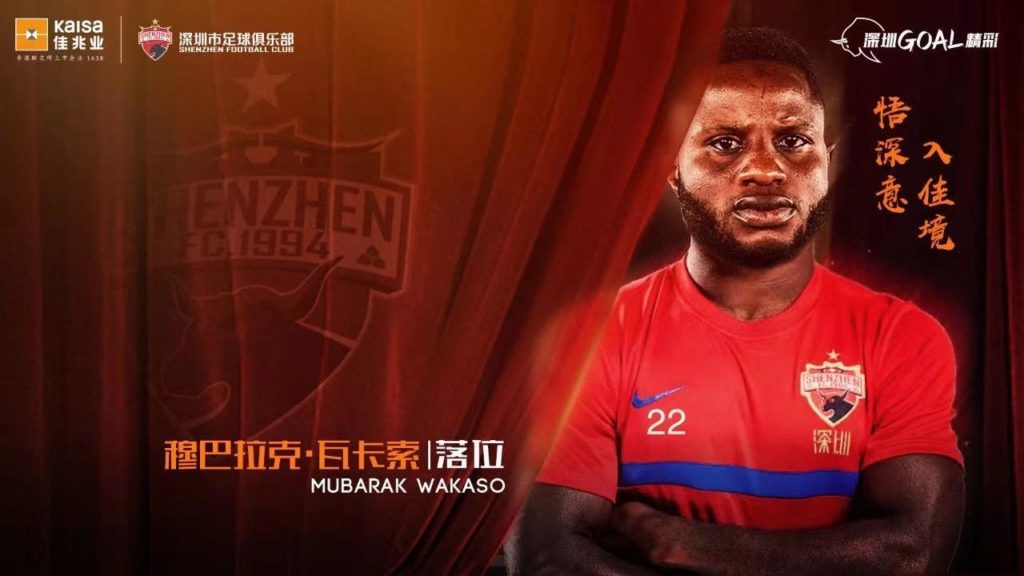 Ghana midfielder Mubarak Wakaso, says the influx of top players from Europe has made the Chinese League very competitive.

The 30-year old moved to the Asian country in the winter transfer window in January 2020 from Deportivo Alaves to Jiangsu Sunning.

Wakaso has completed a move to join another Chinese Super League side Shenzhen FC on a four-year deal on Monday after his former club Jiangsu Suning went into administration amid financial difficulties.

The Black Stars midfielder is expected to earn over $2 million per annum which is likely to be his biggest paycheck at this time of his career.

“It is true I am in China at the moment. My former club went bankrupt so I became I free player so I was talking to other clubs and currently I have found a new club", Wakaso confirmed his move to the club.

“I have joined the new team with Frank Acheampong who has played here in China for a while. I have signed a four-year contract with the team. I don’t know about the contract details of Frank Acheampong.

“When I came here I realized the league is very competitive, looking at the top players from Europe to have joined the league”.

Wakaso won the Super League title with Jiangsu Sunning before it went into administration.