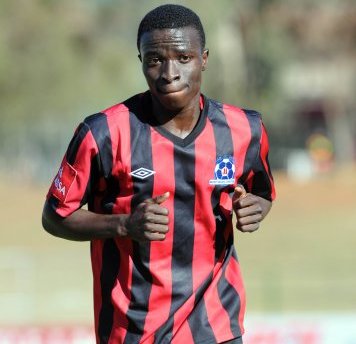 Gyamfi opted to join the Porcupine Warriors on-loan from South African side Maritzburg United at the eleventh hour.

He was close to joining Ashantigold after agreeing personal terms but swerved the Obuasi-based club to join their regional rivals in a surprise move.

But the ex-All Stars winger has revealed he chose the League champions over the miners due to matters on the pitch.

â€œI know I said earlier I was close to joining Ashantigold but choosing Kotoko is the wisest decision,â€ Gyamfi said.

â€œI chose the club because I believe they will offer me the best platform to return to the club.

â€œI cannot speak about what will happen tomorrow. But we have to finish with the loan spell before I decide my long-term future.

â€œThe future is bright and Iâ€™m confident I will play a huge part in Kotokoâ€™s Premier League success this season.â€

Kotokoâ€™s participation in next yearâ€™s CAF Champions will serve as a fine platform for the youngster to showcase his talent on the continent.