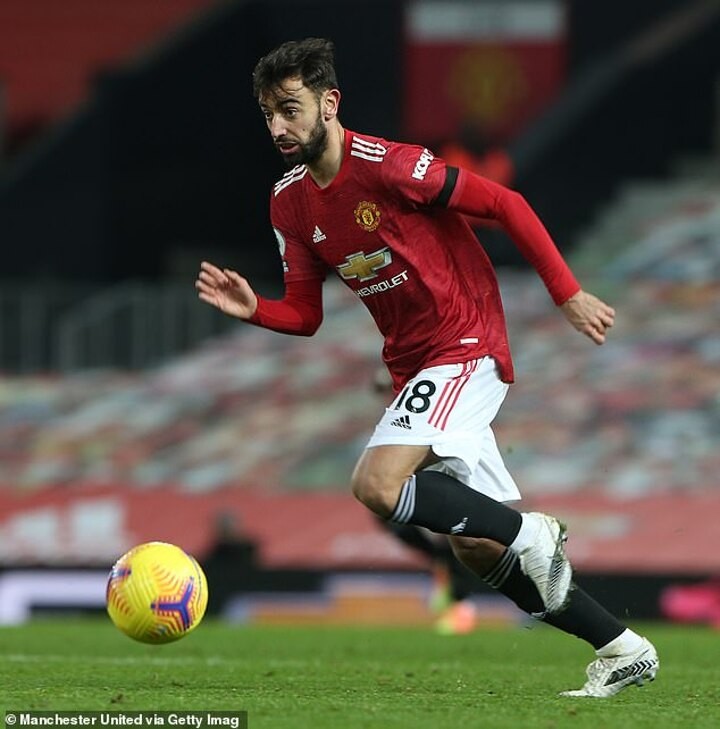 Apparently Bruno Fernandes doesn't turn up against the Big Six.

Seven games, one goal, no assists. But Manchester United's masterful midfielder can't do it all on his own.

Fernandes has had an Eric Cantona-esque impact on the club and is the only United player who would walk into this City team.

That is why he is scrutinised more than anyone else but he needs help.

It cannot be that if Fernandes doesn't turn up, United don't turn up.

He has scored once in those seven games — a penalty in the 6-1 defeat by Spurs — but that's one more than his team-mates. Fernandes could do with stepping up, but so could the rest!

United won't have much of the ball on Sunday and may rely on the counter-attack.

You don't envy their task of preventing City from making it 22 consecutive wins. Stopping City doing their thing can be like Whack-a-Mole.

You can snuff out one City player but another one will pop up. They're constantly moving and rotating, and Kevin De Bruyne is the master of getting between the lines. To watch him in full flow is a treat.

He is the great entertainer and, as a neutral, I just hope this match lives up to its billing. Let's not have another bore draw, please!