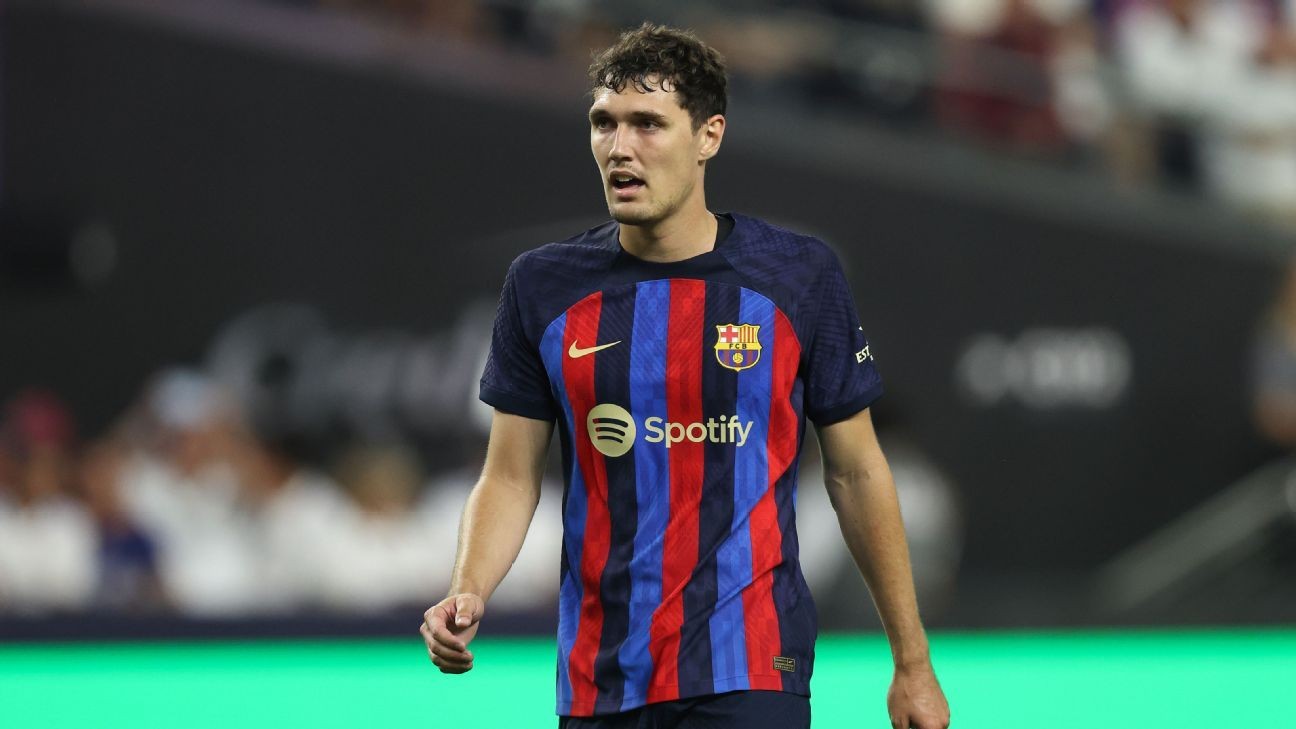 New signings Andreas Christensen and Franck Kessie could both leave Barcelona for free if they are not registered before Saturday's LaLiga opener against Rayo Vallecano, various sources have confirmed to ESPN.

Christensen and Kessie both joined Barca on free transfers earlier this summer from Chelsea and AC Milan respectively. With three days to go until the new campaign starts, however, neither has been registered with the Spanish league.

- Why can't Barca register summer signings yet?
- The impact of Messi's exit, one year on
- Don't have ESPN? Get instant access

Sources have told ESPN that if they are not registered prior to Barca's opening fixture against Rayo, both players could choose to execute a clause that allows them to leave for free.

Fellow summer arrivals Robert Lewandowski, Raphinha and Jules Kounde are also yet to be inscribed with LaLiga, while the contract renewals signed by Sergi Roberto and Ousmane Dembele have not been registered either.

ESPN understands Christensen and Kessie's situations are slightly different, though, given they joined Barca for free. Therefore, if they so choose, they would be entitled to leave for free before the transfer window closes.

Sources say at this stage there is no indication it will come to that and president Joan Laporta continues to transmit optimism that all seven players will be registered in time, but Barca are cutting it fine before the start of the season.

In the worst case scenario, sources told ESPN Barcelona would seek to speak with the players' agents to avoid such an extreme outcome because they have until the end of the month to register signings.

Barca have spent over €150 million this summer and have raised over €600m by selling 25% of their domestic television rights for 25 years and a 24.5% stake in Barca Studios.

A league source has told ESPN that is still not enough incoming cash for Barca to be able to register all of their signings and contract renewals, although some could be registered now. This would depend on the cost and combination of the deals.

Therefore, Barca are looking to sell a further 24.5% stake in Barca Studios and continue to negotiate wage adjustments with other players, including Sergio Busquets and Gerard Pique.

It was Pique's wage cut last summer which allowed Memphis Depay and Eric Garcia to be registered on the eve of last season, while similar actions from Busquets and Alba permitted Sergio Aguero to be signed up with the league before the transfer window closed.

Barca's LaLiga-imposed spending cap was -€144m at the end of last season, the only negative limit in the league, and will have to be increased substantially to register all their summer activity.

The Catalan club hope that the sale of club assets, coupled with a sponsorship deal signed with Spotify earlier this year, will eventually increase their cap to allow them to register everyone.