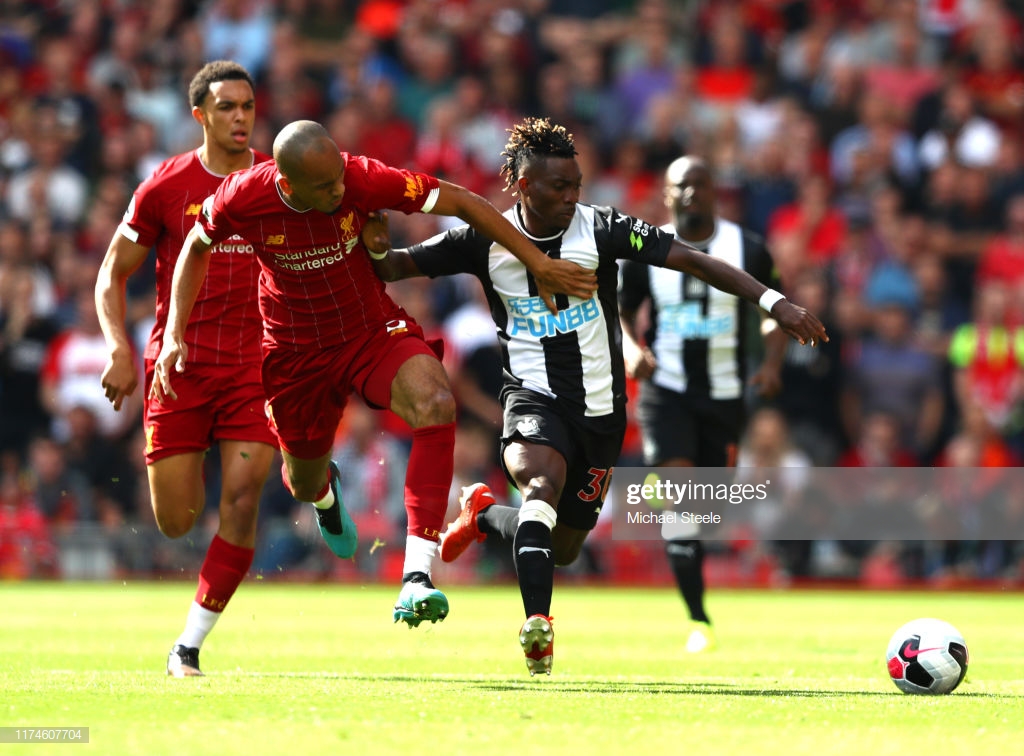 LIVERPOOL, ENGLAND - SEPTEMBER 14: Christian Atsu of Newcastle United and Fabinho of Liverpool battle for the ball during the Premier League match between Liverpool FC and Newcastle United at Anfield on September 14, 2019 in Liverpool, United Kingdom. (Photo by Michael Steele/Getty Images)

Ghana winger Christian Atsu has registered his deepest apology to Newcastle United fans following his role in their 3-1 loss against Liverpool last weekend.

The tricky wideman commenced the game brightly at Anfield and provided a fantastic assist to Jetro Willems to put the Magpies ahead after 7 minutes.

The Ghana international was disposed before Liverpool took the lead and admits he knows he put the club in a bad position.

After the match, Atsu acknowledged he was at fault and cost Newcastle United a point from the game and said he can 'only apologise' for his lapse of concentration.

He said: “We were in the game – we scored one - then it was unfortunate that I gave the ball away.

"The second goal was very crucial in this game. I can only apologise to the players and also the fans."

Atsu added: “They’re a top team. We knew that. Against these teams, when you make a mistake, you’re going to get punished.

"They scored from our mistakes, and we have to take the positives out of this and focus on the next game.

“In the first 20 minutes, I thought we were very good. We defended really well. We had a go.

“Like I said, it was very unfortunate that they scored to make it 2-1 from the ball I lost in midfield. Liverpool are very good. When you lose the ball in midfield, they’re going to punish you.”

He will hope to redeem himself when Newcastle host Brighton & Hove Albion at the St James’ Park on Saturday.