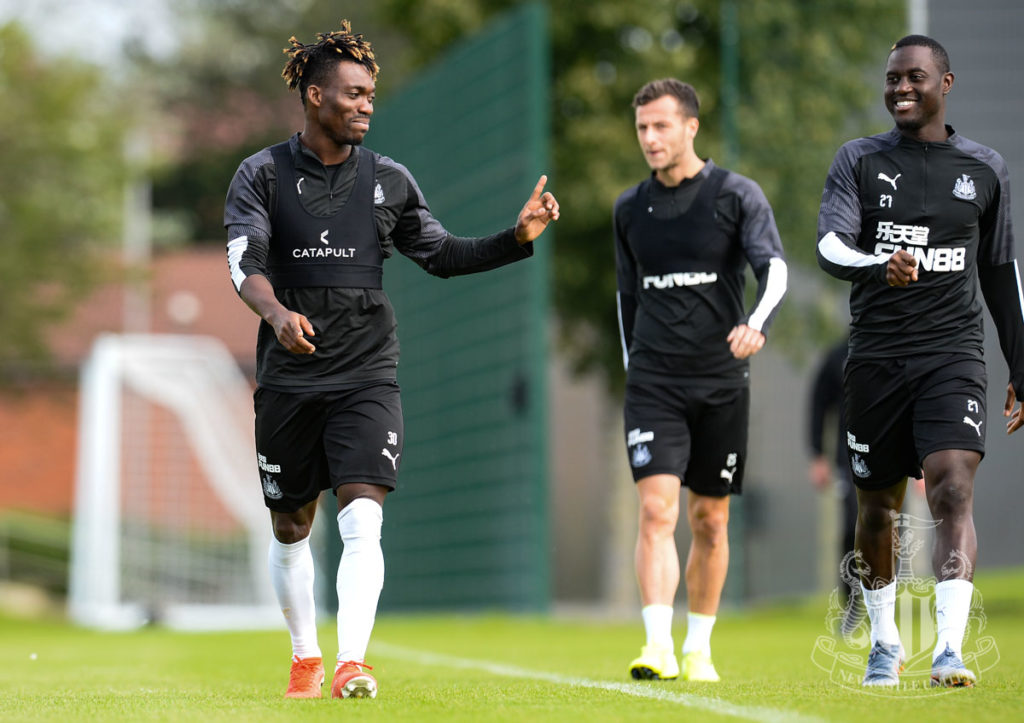 The 27-year-old has missed the start of the new English Premier League campaign due a hamstring injury he suffered at the 2019 Africa Cup of Nations in Egypt on July 1.

Atsu's campaign at Africa's football flagship tournament was ended prematurely after he was forced off in Ghana's 0-0 draw with Cameroon.

He was subsequently flown back to England for further assessment by the United medical team.

The Ghana international was not due to return to action soon but returned to full scale training with the side at the Newcastle United training ground on Tuesday.

His return is ahead of schedule and the wideman could be available for the trip to Tottenham Hotspur on Sunday.

The news will come as a big boost to manager Steve Bruce, with concerns about Newcastle United’s unflattering start to the season.

The Magpies have lost their opening two matches against Norwich and Arsenal and will be desperate to pick their first point of the season when they travel to Spurs on Sunday.