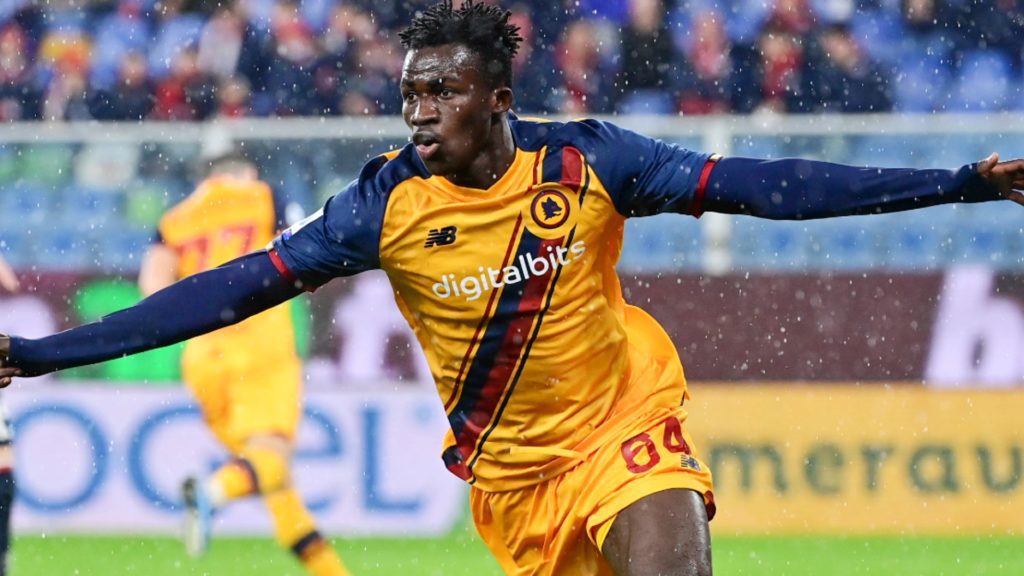 Crystal Palace striker Christian Benteke is angling for a move away from Selhurst Park amid reports linking the Premier League side with a move for AS Roma youngster Felix Afena-Gyan.

The Eagles are considering a €12m (£10.2m) bid for the 19-year-old, who burst onto the scene at Roma last season under Jose Mourinho.

According to Italian journalist, Gianluca Di Marzio, Crystal Palace could also include the youngster in a trade that will see Wilfried Zaha move to Roma.

The latest twist has sparked rumuors of Christian Benteke seeking an exit from the club with Wolves believed to be interested.

Felix Afena-Gyan enjoyed a breakthrough campaign last season, where he was promoted to the first team of Roma following his outstanding display in the Primavera.

Afena-Gyan made 17 Serie A appearances, scoring two goals and played a role in the Roma team that won the inaugural Europa Conference League at the end of last season.

The teen sensation earned his maiden Black Stars call up in March, helping Ghana beat Nigeria in the playoff to qualify for the World Cup.

He has since scored a goal in six games for Ghana.

He recently signed a long-term deal which will keep him at AS Roma until the summer of 2026.

Afena-Gyan has earned six caps for Ghana, scoring one and looks promising for the future and could be a great long-term option for Patrick Vieira’s side.