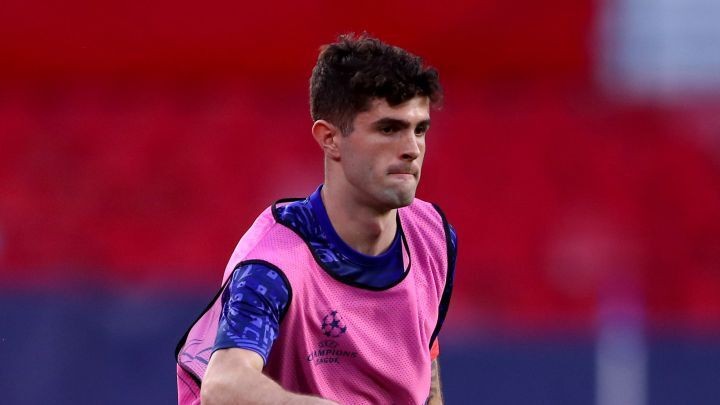 The United States international made his 33rd appearance in the UEFA Champions League as Chelsea advanced to the semifinals.

Christian Pulisic made his sixth start under manager Thomas Tuchel and went the full 90 minutes in Chelsea’s loss against Porto in the second leg of the Champions League quarterfinal between the sides. The Premier League side surrendered a goal in stoppage time, but advanced 2-1 on aggregate versus the Portuguese former winners.

The United States international made his 33rd Champions League appearance on Tuesday, the most by a USMNT player in the competition's history. Pulisic suffered a string of injuries at the start of the current campaign, but now he has been taking care of his body and earning the trust of Thomas Tuchel.

Chelsea’s No 10 has recorded one goal and one assist in six Champions League appearances this season. His only goal came against Krasnodar on 28 October during the group stage and his assist was against Atlético Madrid in the second leg of the last 16. Pulisic has made two starts, been substituted four times and left on the bench once in this season's competition.

With Chelsea having booked their place in the Champions League semifinals, they have to change the chip quickly for another cup competition when they host Manchester City in the FA Cup semi-finals on 17 April. They will return to Champions League action on 27 April, facing the winner between Liverpool and Real Madrid.