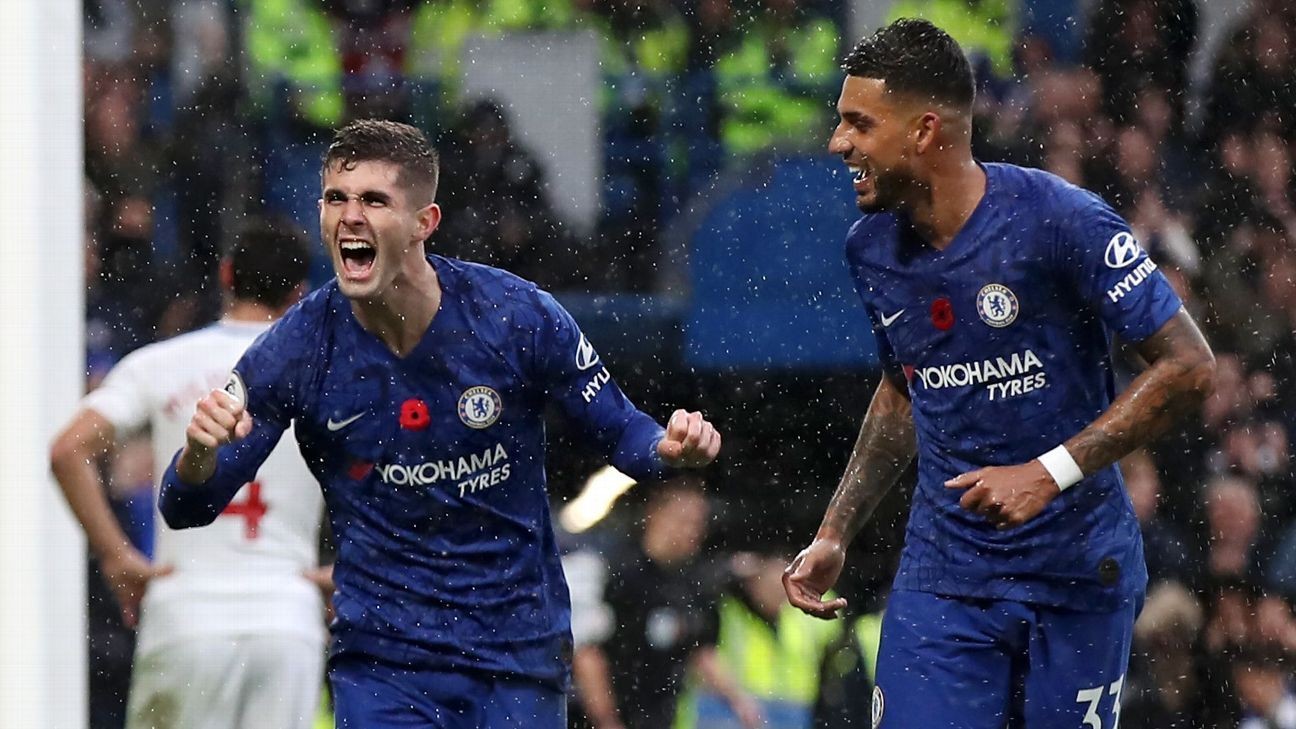 Chelsea coach Frank Lampard named the youngest ever starting XI in Chelsea's Premier League history -- with an average age of 24 years and 88 days -- and the youngest of any team in the competition this season, and in the first half it was the hosts who went closest to scoring as a Willian free kick whistled past Vincente Guaita's post on 14 minutes.

In added time the Brazil international again nearly gave Chelsea the lead, but his close-range rebound of a Guaita parry was blocked impressively by former teammate Gary Cahill.

Meanwhile, Palace -- whose manager Roy Hodgson was coaching his 300th Premier League game -- failed to manage a single shot in the first half.

Chelsea soon broke the deadlock after the break as Willian flicked a ball through to Abraham in the Palace box for the England international to slot a finish past Guaita.

Pulisic, who has now scored five goals in Chelsea's last three Premier League games, wrapped up the victory with his 79th-minute strike, heading in after substitute Michy Batshuayi's blocked shot bounced up for the United States international.

The win was Chelsea's sixth in a row in the Premier League and closed the gap to Liverpool to five points.