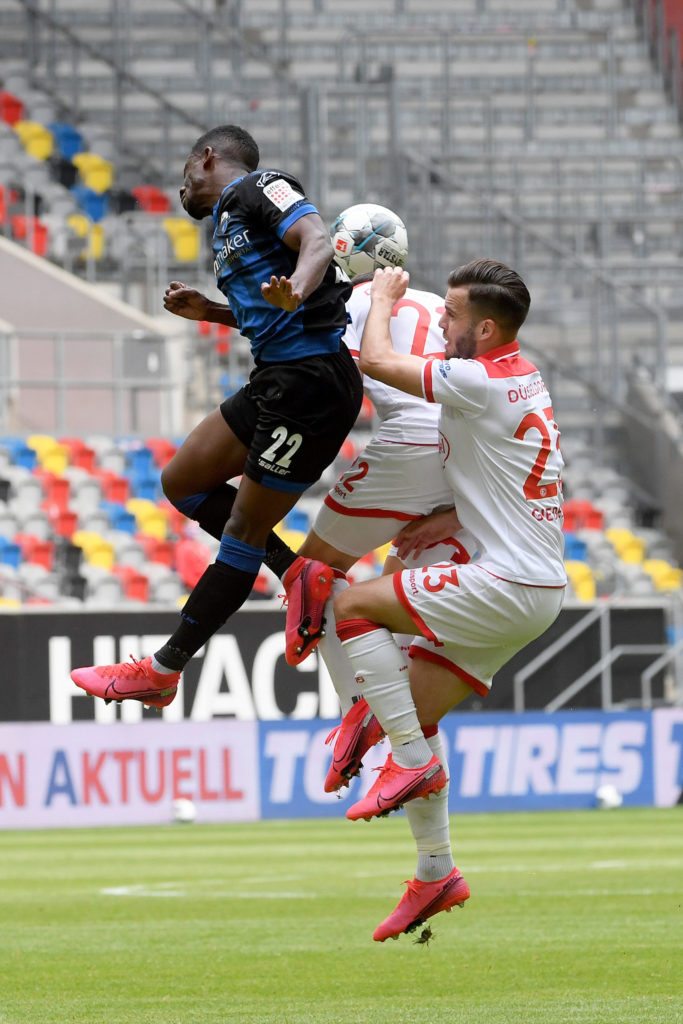 Antwi-Adjei created several goal scoring chances for his side with his pace causing problems for the lateral defenders of Augsburg.

In the 12th minute, his swinging cross nearly earned the visitors the lead but Streli Mamba failed to connect with his effort very feeble.

The visitors continued to ask questions in the second half but could not breach the Augsburg defence as the game ended in a pulsating goalless draw.

Antwi-Adjei has played all games since the return of the German topflight.