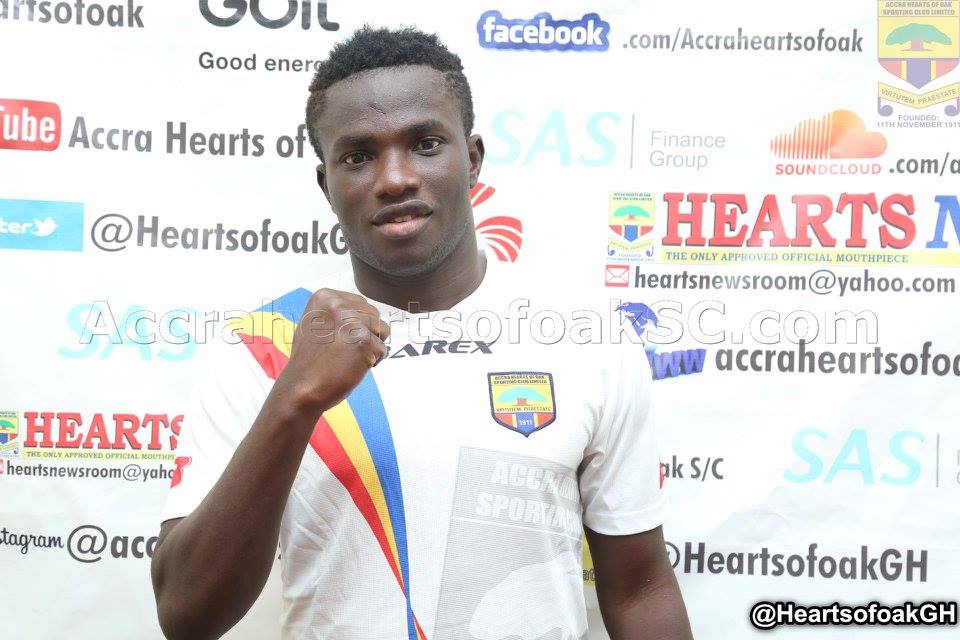 Hearts of Oak defender Christopher Bonney has been axed from the Black Meteors team following claims of age-cheating.

The right-back has been in the news lately after report went rife over uncertainty surrounding his age after he was handed a call-up into Ghana’s U-23 team that are currently in camp ahead of 2019 Africa U23 Cup of Nations qualifier against Algeria.

But following deliberation from the technical bench of the team, the former Asante Kotoko penalty specialist has been sent home to avoid any possible sanction from the Confederation of African Football (CAF).

Bonney was impressive for Hearts of Oak during the Normalisation Committee Special Competition.

He scored four goals as the Phobians bowed out of the competition after penalty shoot out defeat to sworn adversaries Asante Kotoko at the semifinals stage.

Ghana will host the Algeria U23 side on September 5th for the first leg tie and travel to Algiers on 9th September for the reverse league.

The winner of the two-legged fixture will gain one of the slots to the tournament to be staged in Egypt.