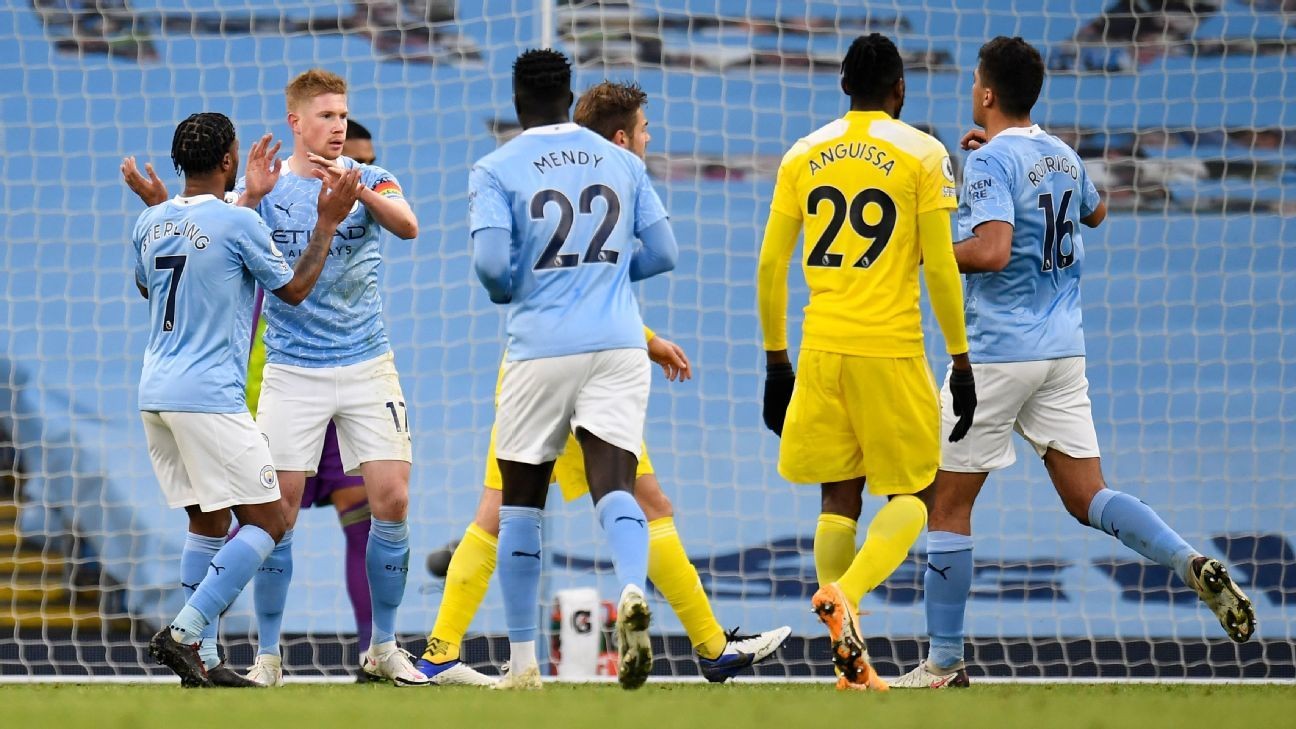 Pep Guardiola celebrated his 700th match as a manager as Manchester City cruised to a 2-0 win over Fulham in the Premier League.

Guardiola, who has signed a contract extension at City taking him to 2023, has won 29 major trophies in 11 full seasons managing four different clubs, and victory at the Etihad on Saturday moved his side into the top four.

Raheem Sterling's first goal in seven matches set City on their way before Kevin De Bruyne made it two from the penalty spot.

Fulham were buoyed by their surprise victory at Leicester last time out but the good feeling did not last long against Guardiola's men as they fell behind on five minutes. De Bruyne expertly found Sterling and his side-footed effort found the net to put the hosts ahead.

De Bruyne turned goalscorer on 25 minutes when he was given the chance to convert a penalty after Sterling was tripped by Joachim Andersen in the area, to leave Fulham facing up to a long afternoon.

Belgium international De Bruyne, who dazzled throughout, almost made it three soon after the restart but his effort hit the bar as the second half started in similar style to the first.

But despite at times looking likely to blow the visitors away, City could not build on their two-goal advantage and instead settled for seeing the rest of the match out with ease.