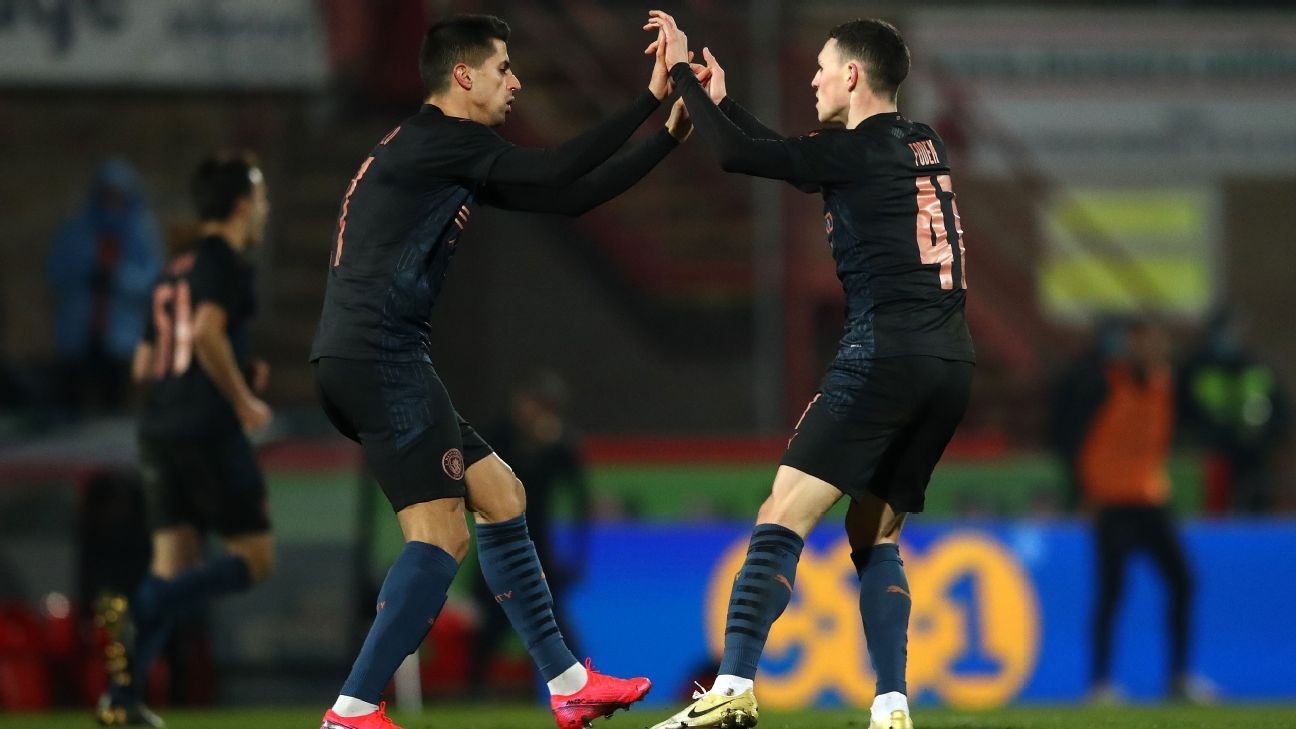 Cheltenham were close to recording an upset after Alfie May put them ahead in the second half but City left it late to win at the Jonny-Rocks Stadium.

Cheltenham needed heroics from goalkeeper Josh Griffiths and captain Ben Tozer to stay in the game and almost produced a shock result.

Griffiths came to Cheltenham's rescue once more with a great save from Torres' close range strike.

The hosts were close to scoring after 23 minutes when striker May's shot was saved at the near-post by USMNT's Zack Steffen.

Just before the break, the match was temporarily paused due to a firework display with the players taken off the pitch.

Jesus had an excellent chance to put City ahead five minutes into the second half but his shot hit the post.

Just before the hour mark, Cheltenham took a shock lead after Charlie Raglar flicked on Tozer's long throw for May to convert from close range.

Griffiths denied Riyad Mahrez but could do nothing to stop Foden from converting Joao Cancelo's cross with nine minutes to go.

Fernandinho then clipped the ball into Jesus three minutes from time before Torres scored a third with the last kick of the game.