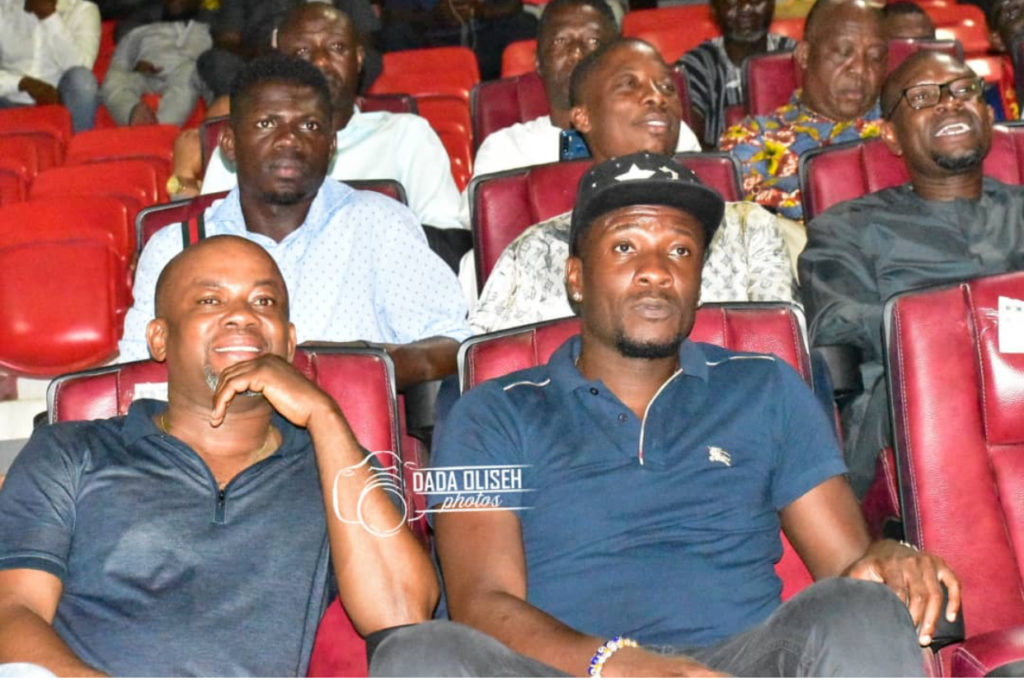 Akonnor returned to the country last week after days of monitoring Ghanaian players based in Europe.

The 45-year-old had been touring Europe to check up and interact with some Black Stars players and scout some Ghanaian talents abroad.

The Black Stars will take on Sudan in back-to-back Africa Cup of Nations qualifiers next month and will need to infuse the team with some local talent hence the decision to throng the Accra Sports Stadium.

He is expected to watch a few more Ghana League matches before announcing his final squad for the Sudan games.

The former Hearts of Oak and Asante Kotoko gaffer was joined at the VIP section by Asamoah Gyan and his manager Samuel Anim Addo, who is also a member of the Ghana FA Executive Committee.

Gyan has been in the country since November last year after suffering an injury while playing for club side NorthEast United in the Indian Super League.

The Black Stars all-time leading scorer is a staunch Asante Kotoko fan, and has a player in the Porcupine Warriors set-up called Matthew Anim Cudjoe.

Asante Kotoko meanwhile triumphed on the night with a 3-1 score line.

Hafiz Konkoni put Bechem United ahead with a thumping header in the 20th minute before goals from Martin Antwi and Augustine Okrah handed the hosts a 2-1 lead in the first half.

The Reds sealed the win in the 58th minute through defended Ibrahim Moro.