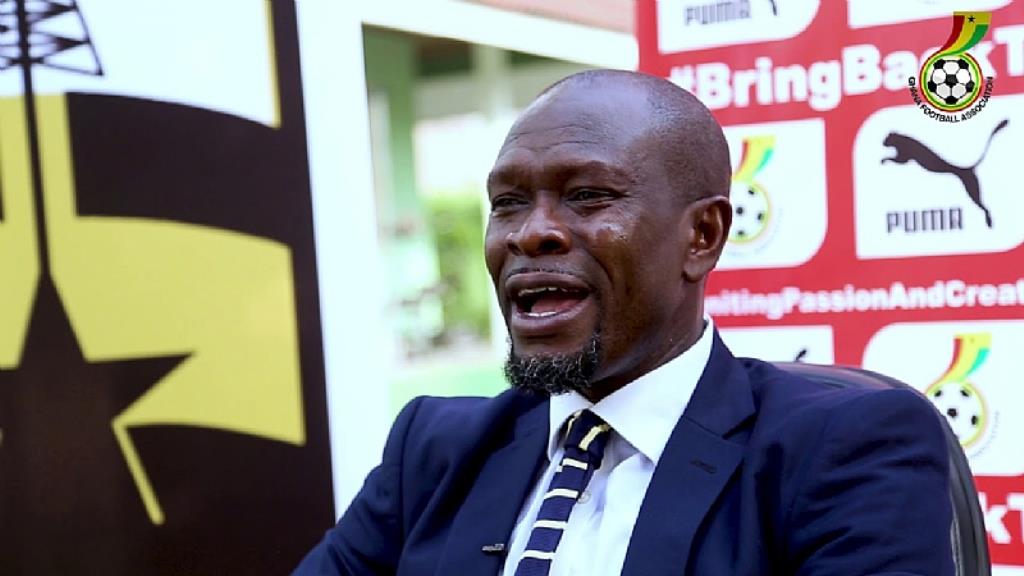 Ghana's Sports Minister, Hon. Isaac Asiamah claims CK Akonnor is the right coach to lead the country to win the 2021 Africa Cup of Nations in Cameroon.

The Black Stars has failed to clinch Africa’s prestigious tournament since 1982 despite reaching the finals thrice.

Ghana lost to Ivory Coast in the 1992 finals in Senegal on penalties and also lost to Egypt 2010 in Angola.

The Black Stars lost to Ivory Coast again on penalties in 2015 in Equatorial Guinea.

Akonnor, who was appointed in January in replacement of Kwesi Appiah has been tasked by the Ghana Football Association to win the Africa Cup of Nations and also qualify for the 2022 FIFA World Cup in Qatar.

Hon. Asiamah believes the ex-Ghana skipper is the right person to guide the Black Stars to the Africa Cup of Nations triumph.

"We have won the AFCON four times and all the coaches who won the trophies for us were our own local coaches," he told Fire For Fire on Adom TV.

"President Akufo-Addo believes in the capacity of local coaches to deliver, so he says we should appoint a local coach.

"By God’s grace, CK Akonnor is a Ghanaian and we should all support him. I am convinced that C.K. Akonnor has the requisite qualities to lead the Black Stars.

"He [Akonnor] has demonstrated that he can deliver as a coach.

"I watched him at Kotoko and I am convinced he can do the job for the country.

"Let’s support him and I know he will not let the country down."

"I have no doubt Akonnor can lead us to win the Africa Cup of Nations. He has played at the highest level.

"He has captained the Black Stars and I believe with the necessary support, he can win the Afcon. I have no doubt about that," he added.

Akonnor will be in the dugout for the first time on 9 October 2020 when Ghana take on Mali in an international friendly in Turkey.