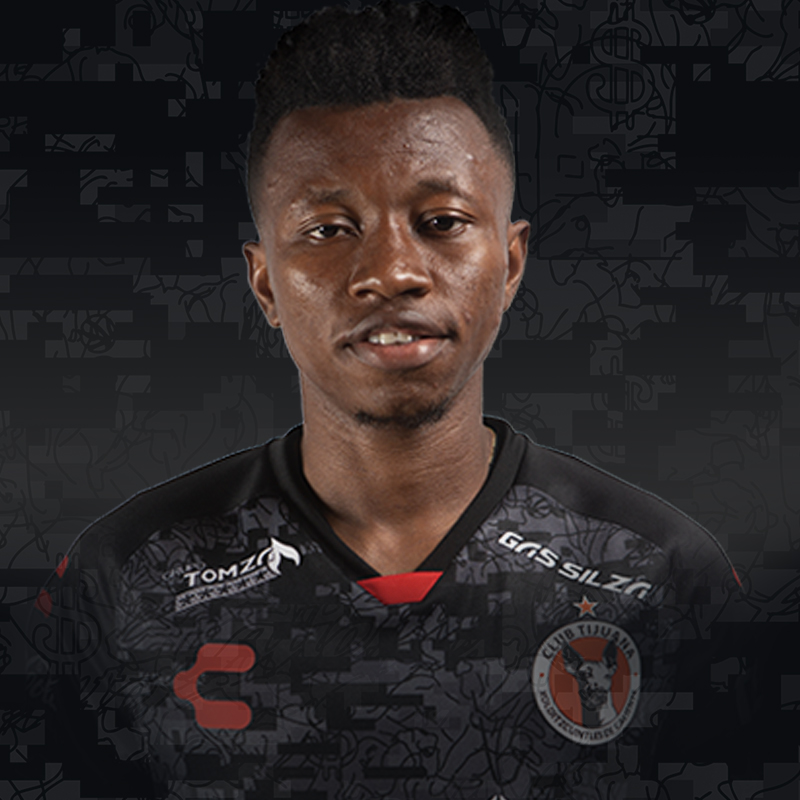 Clifford Aboagye has been phenomenal in the Mexican league
Share

The 25-year-old, who currently plays for Mexican side Club Tijuana, has emerged strongly on the radar of several European clubs.

The former Ghana youth star has been on cloud nine since joining Mexican Liga MX side Atlas FC from Italian outfit Granada in 2017.

He enjoyed a hugely successful loan spell at Querétaro before joining Club Tijuana on a permanent basis.

The hugely talented Ghanaian has been linked with a host of Spanish sides including Getafe,  Villareal, Valencia and Osasuna, all keen on the talented  2013 FIFA U20 bronze ball winner.

But the midfielder's representative Ibrahim Sannie of AM-I Sporting agency has told GHANAsoccernet.com exclusively Villareal are interested in his client.

"Yes, there are a number of interest for Clifford," he told GHANAsoccernet.com

"There are a number of Spanish clubs especially who are interested but we must understand that he has a contract with Club Tijuana and so that must be respected.

"A lot will depend on the club and the player on his future. He is playing so well in the Mexican league and so not surprised about the immense interest.

GHANAsoccernet.com also understands Celta Vigo are among the La Liga side keen on the talented Ghanaian star.

Aboagye has been simply been sensational in the Mexican Liga MX where he has churned out impressive displays to alert host of other clubs of his immense quality.

The former Ghana Under-20 superstar is blessed with incredibly quick feet,  smartness and technical ability to dictate play from midfield.

Good with the ball at his feet, he possess excellent ball control, he loves to take on defenders and also has this uncanny ability to ghost into positions often leaving opponents unaware of where the next coldblooded pass is going to come from.