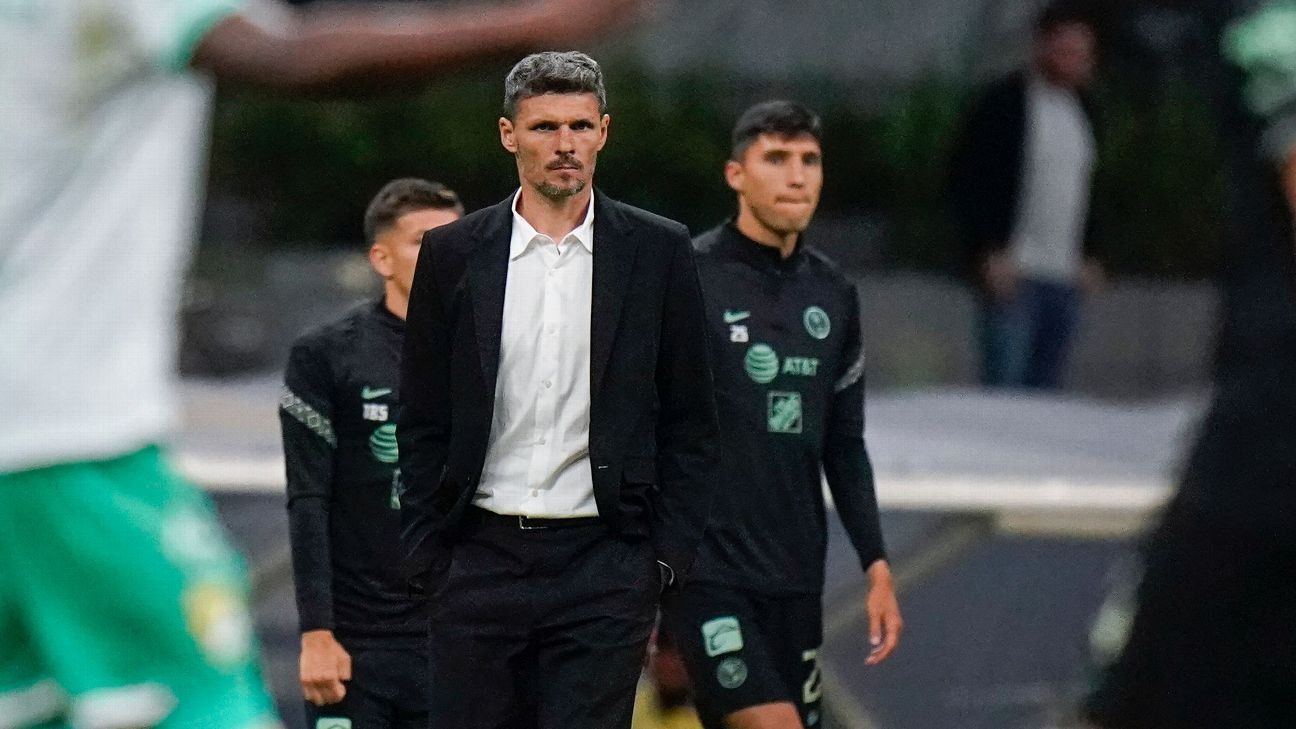 Fernando Ortiz has been rewarded for an impressive spell in interim charge of Club America. AP Photo/Eduardo Verdugo

Club America have announced that interim coach Fernando Ortiz will continue to lead the team for the 2022 Apertura season.

America and Ortiz have agreed to a one-year contract, sources confirmed to ESPN's Cesar Caballero.

The Mexico City giants broke the news in a press release on Friday which confirmed that Ortiz and his coaching staff would remain at the helm after an impressive run leading the team on an interim basis.

In early March, the 44-year-old coach from Argentina initially stepped in as interim when manager Santiago Solari was fired after claiming just one win in eight league matches.

At dead last in the Liga MX table, Ortiz made Club America the comeback story of the season with an undefeated run that pushed them to the semifinal round of the playoffs.

Looking ahead to the 2022 Apertura, Ortiz will be tasked with bringing back a title to the Liga MX giants who only have one Mexican top flight championship since 2015. The Argentine manager played for Club America in 2009 as a defender and was previously the team's U20 coach earlier this year.