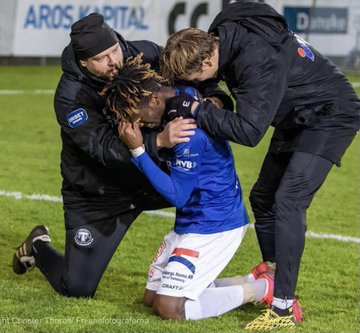 Ghana forward Abdul Fatawu Safiu has been congratulated by his agent Club Consult Africa, after helping his Trelleborgs FF to escape relegation in the Swedish top-flight.

Trelleborgs went into the match against Brommapojkarna at Vångavallen with a 1-1 result from the first leg.

The Blues started the game brilliant, getting their tails up in the 27th minute through Mattias Håkansson after he was nicely set up by Oscar Johansson.

But Brommapojkarna fought back to restore parity courtesy Alexander Nilsson with curiously the last kick of the game.

The result sent the game into extra time but both sides failed to record a win and therefore it went down to the wire.

The shootout was cagey as the two teams exhibited calmness to peg each other.

However, Trelleborgs were handed a huge advantage to pick the sole ticket after Gustav Sandberg-Magnusson missed Brommapojkarna‘s third kick.

Fatawu stepped up to hit a glorious penalty to help his side maintain their status in the top-flight for the Blue and White lads.

The 26-year-old netted 6 goals and provided 2 assists in 28 matches for the club at the just-ended season.

He becomes the third Ghanaian to help his side qualify for the Swedish top-flight after Sadat Karim and Thomas Boakye played instrumental roles in Halmstads BK‘s promotion.

In a post on social media, Club Consult Africa has congratulated their client after this historic feat.

"It was an interesting game with full of joy as @fatawu_safiu and his club @trelleborgsff qualified to the 2021 Swedish Superettan after wining over Brommapojkai by 4:1 on penalties. Fatawu scored a glorious penalty that took the blue & white to such an amazing qualification. Congratulations, Abdul Fatawu". 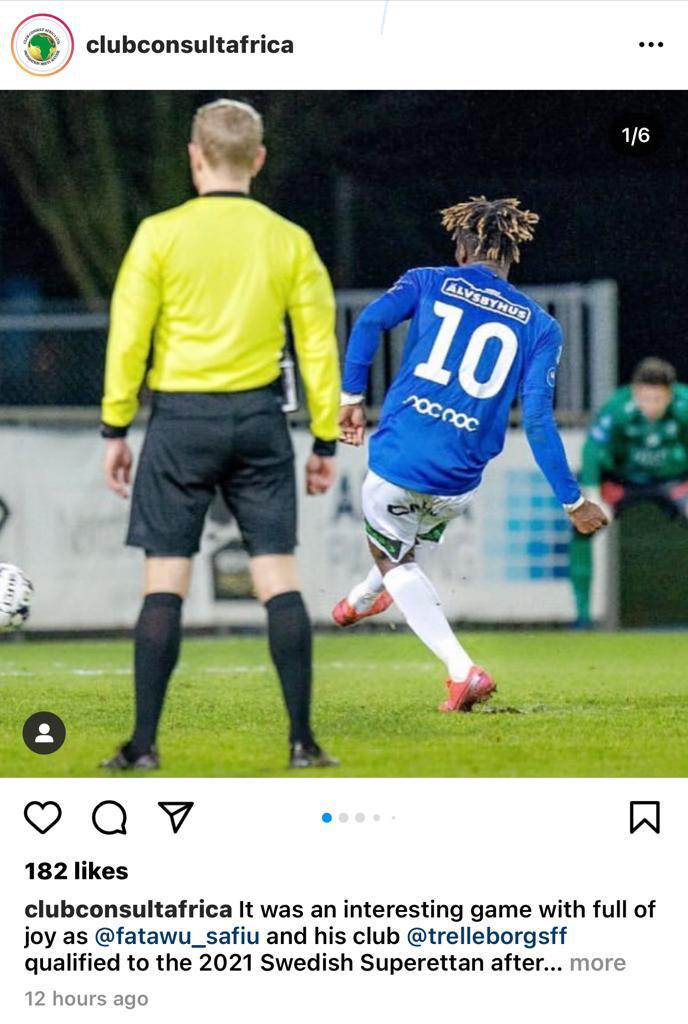