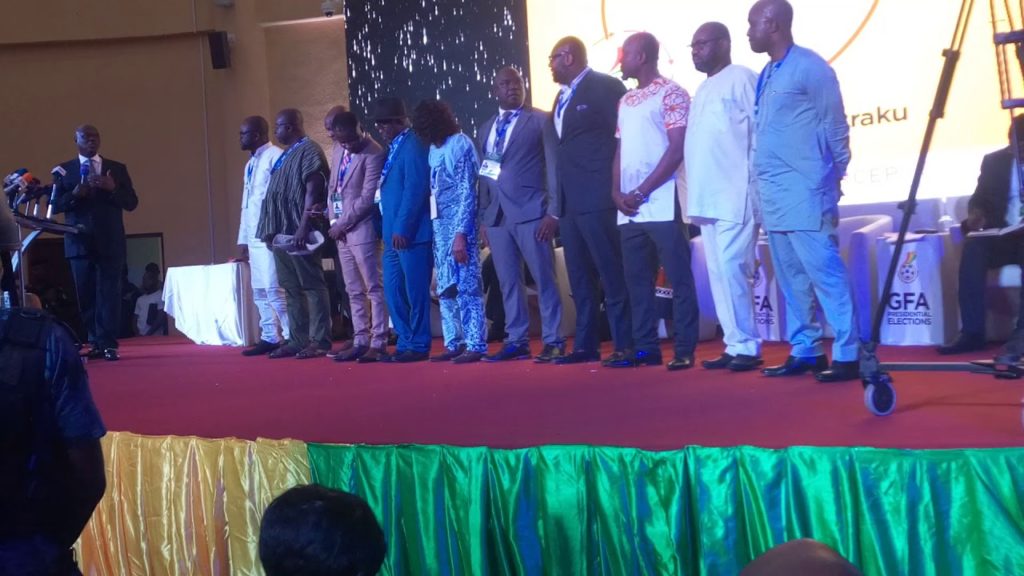 Exco members being sworn into office in October 2019
Share

Football clubs are demanding for an extraordinary congress aimed at reducing the "unfettered powers" of the Ghana FA Executive Council (EXCO), GHANAsoccernet.com can report.

Sources say the move has become necessary after the governing body turned a deaf ear to clarion calls for changes to be made to the current statutes.

This, sources say is in sharp contrast to the agreed principle position of accepting the current statutes in order to avoid the continuous stay of the now defunct normalisation committee.

GHANAsoccernet.com understands  moves within established clubs, demanding for an immediate congress to cure the uncontrolled powers given to the Executive Council has been set in motion.

It's unclear what has delayed the process of amendment but fair to say perhaps the coronavirus outbreak could have accounted for that.

However, this has not cast away theories and several suspicions within the football circles.

The current statutes appears to give the EXCO an unfettered powers, making the 12-member group "overly powerful" in the discharge of its duties.

Per the current statutes the Exco has the powers  to decide on a number important things originally the preserve of congress including unforeseen contingencies and force majeure as well as finance, suspension, dismissal amongst many others.

In the quest to reduce the powers of the president of the FA, too much power has been invested in the 12-member Executive Council members in the governing body's current structure - a situation Congress hope to change.