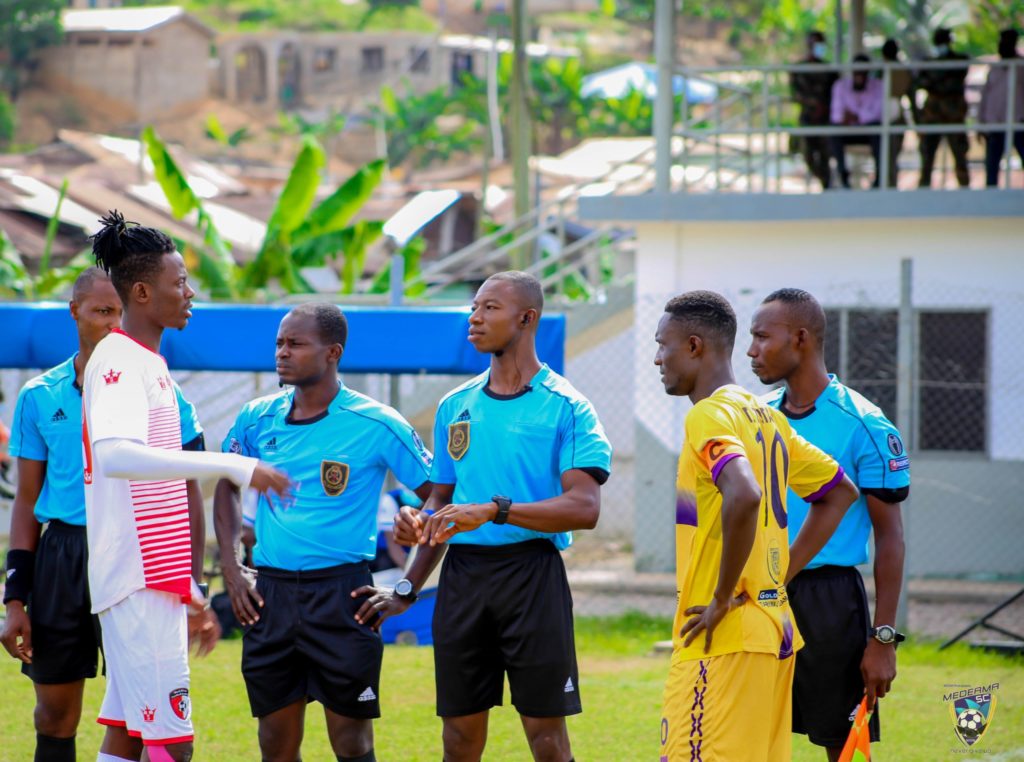 Ali Musah has been rated as the poorest referee this season

Ali Musah has emerged as Ghana Premier League's poorest referee this season after a shocking, shambolic, reckless and disasterclass performance in Hearts of Oak 2-0 win over Medeama on Sunday.

The Goaso-based centre referee sparked anger and mockery with his "kindergarten" performance as the Phobians continued their impressive turnaround at the Accra Sports Stadium.

Musah has been a subject of social media trolls following his sorry display infront of a decent crowd.

Given that the match was beamed lived on global television, the shaky referee appeared lost and made several wrong calls to the disappointment of many on global audience.

Medeama were denied two clear penalties while Abass Mohammed and Amed Toure should have been sent off in a feisty clash in the capital.

The referee has been targeted in the wake of his abysmal showing and that was aptly summoned up by Medeama assistant coach Yaw Preko.

"The match was bigger than the referee. You all saw it on TV and we will leave it like that." Preko said

Musah has been widely slammed for his shambolic and farcical performance not worthy of a Premier League referee.

The disgraceful performance of the referee has revived the widespread concerns about the low level officiating in the Ghanaian top-flight.

Referee Ali Musah appeared 'programmed" to achieve a certain effect with a clueless and disgraceful performance which has ruffled feathers in the West African nation.

He derailed Medeama's chance of winning as he had a disasterclass performance, denying the visitors TWO clear penalty calls in both halves.

It appears the Ghana Football Association has a lot of work to do in its bid to rid the game of such sub-standard officials who threaten the bring back the love campaign.