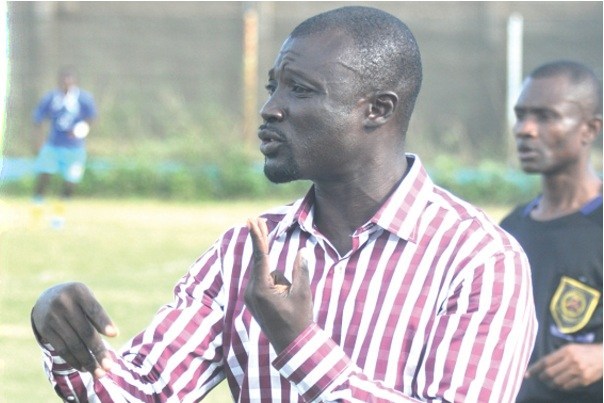 Coach Enos Adepa has confirmed his departure from Ghana Premier League side Techiman Eleven Wonders after two years in charge.

The 2016 Ghana Premier League winner left the Techiman based club sighting personal reasons for his exit.

“Just as you heard it that is it, it got to a time I realised I couldn’t continue, so it’s personal reason.”Adepah told Fox FM.

“We have secret and confidential, confidential is where you confide in another person hoping it doesn’t extend to a third party, but for a secret, it is between you and your God, so let’s take it as a secret, a personal reason so let’s kindly respect it as such.”

Adpea was in charge of the club before the Ghana Premier League was truncated in 2018 and also led the club through the group stage of the Tier I special competition.

In his absence the club have asked John Eduafo Jnr to act as interim manager as they look for a substantive manager.

Below is a release from the club confirming the departure of Enos Adepah. 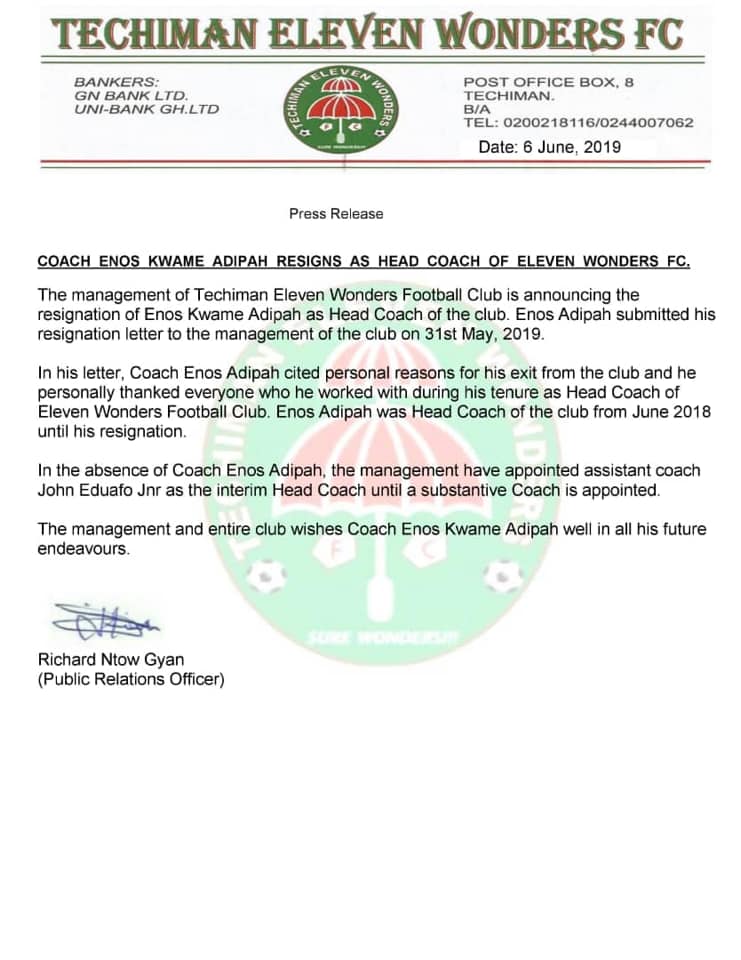