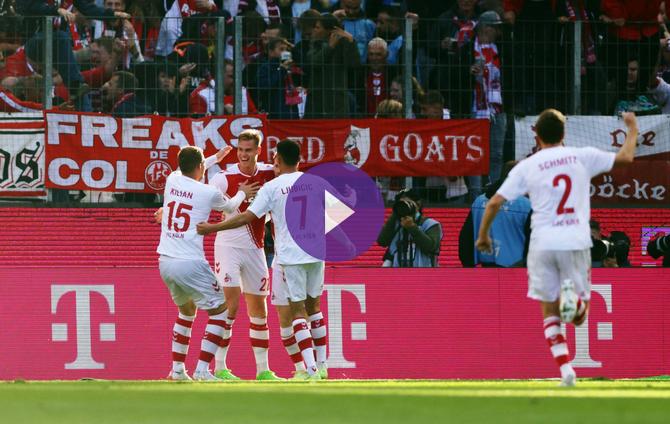 Borussia Dortmund missed a golden chance to go top of the Bundesliga, collapsing in the second half to lose 3-2 at Cologne on Saturday.

Dortmund led 1-0 at the break and looked set to capitalise on league leaders Union Berlin's first loss of the year at Eintracht Frankfurt, but conceded two goals in two minutes early in the second half for their third loss of the season.

Dortmund led at half-time thanks to a Julian Brandt goal, set up by English teenager Jude Bellingham, who was named captain for the first time due to Mats Hummels' late withdrawal.

The visitors dominated the opening half and looked in full control of the game, until Florian Kainz equalised in the 53rd minute.

A suddenly unorganised Dortmund continued to defend poorly, giving midfielder Dejan Ljubicic far too much time in the 71st minute, allowing the midfielder to guide in a long-distance shot to put the game beyond doubt.

Dortmund pulled one goal back through a lucky deflection in the 78th minute, but Cologne held on for a deserved victory.