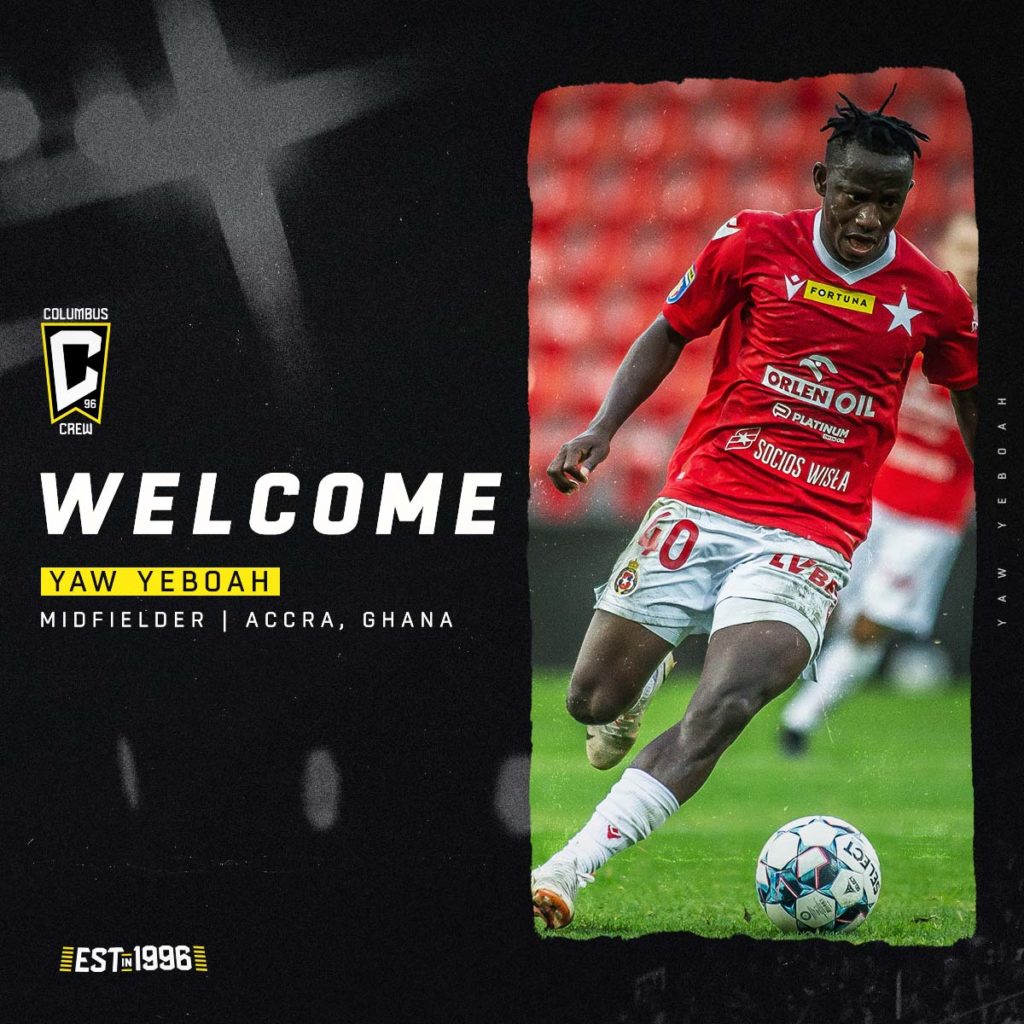 MLS side Columbus Crew have announced the signing of Ghana midfielder Yaw Yeboah with immediateeffect, GHANAsoccernet.com can report.

Yeboah completed his transfer from Polish side Wisla Krakow on Thursday as signing a two-year contract until 2024 with an option to extend to 2025.

The 24-year-old popped up on the radar of the 2020 MLS champions after Mexican side San Luis failed to make a move for the Ghanaian, having found an option in Jhon Murillo of CD Tondela.

Crew paid an amount between US$1.5 million to US$2 million for the ex-Ghana U23 captain as exclusively revealed by GHANAsoccernet.com about a day ago.

Yeboah has been in fine form for Krakow and the winger has been on the list of several clubs for a possible move in the winter transfer window, including Crew's rivals D.C United.