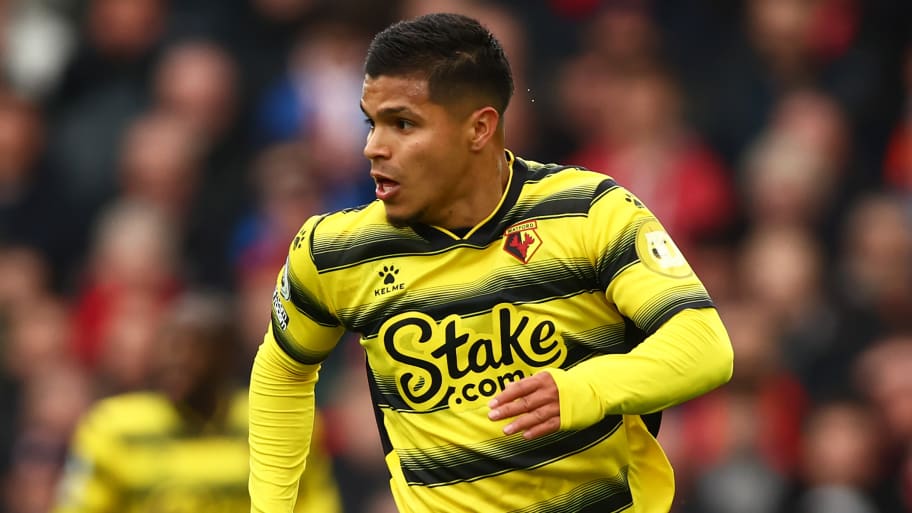 The Columbus Crew are on the verge of signing Watford forward Cucho Hernandez in a club-record deal, according to reports.

Columbus are in need of a center-forward after allowing Gyasi Zardes to leave for theColorado Rapids in April. The USMNT star scored 61 goals for Columbus across all competitions between 2018 and early 2022.

The Crew's top scorer so far this season is Armenia international playmaker Lucas Zelaryan with just four goals and, as a team, only Inter Miami (15), Charlotte FC (13), and the Chicago Fire (13) have scored fewer goals (17) in the Eastern Conference.

Head coach Caleb Porter hinted that the signing of a new striker was close earlier this month, revealing a 'handful of targets' had been identified.

According to Massive Report, a move for Hernandez is in the works with the Colombian forward set to arrive on a multi-year Designated Player deal worth in excess of $10m. The Crew are also expected to pay Watford a transfer fee north of $10m which would break the existing club record of almost $8m - paid to sign Zelarayan from Tigres in 2020.

MLSsoccer.com's Tom Bogert has backed up the same report.

But the 23-year-old certainly has pedigree having scored regularly in the top two tiers of Spanish soccer with the likes of Huesca, Getafe, and Mallorca.

At international level, Hernandez has two senior caps for Colombia and scored twice on his debut against Costa Rica in October 2018. He picked up his second cap for Los Cafeteros in a 45-minute appearance against Saudi Arabia just a couple of weeks ago.

This article was originally published on 90min as Columbus Crew on verge of record-breaking Cucho Hernandez transfer from Watford.