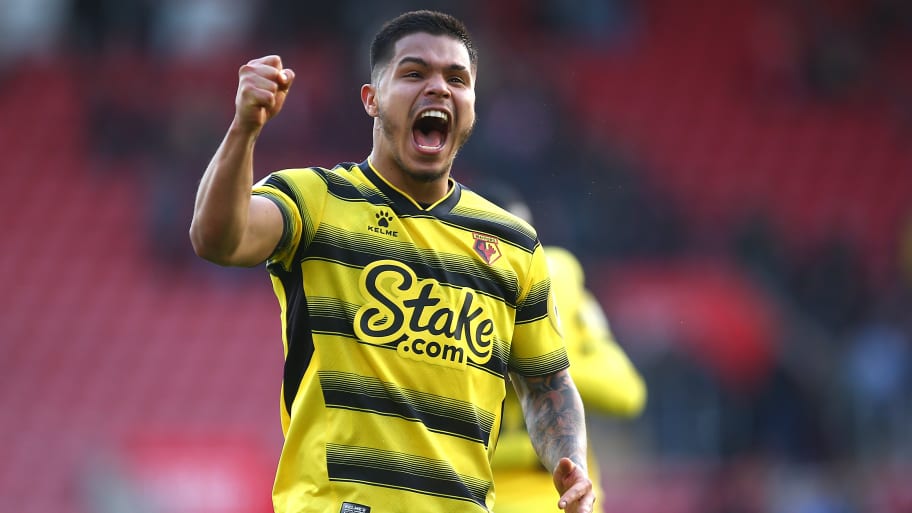 The Columbus Crew have a new Designated Player.

The Eastern Conference team has signed Colombian forward Cucho Hernandez from English Championship side Watford through the 2025 Major League Soccer season. He arrives for a club-record $10m transfer fee, according to ESPN.

Hernandez joins after Columbus traded USMNT striker Gyasi Zardes to the Colorado Rapids in April, opening a Designated Player spot on the roster. He now stands alongside Lucas Zelarayan and Darlington Nagbe as the team’s third and final DP.

“Cucho is a world-class player who is still at an early stage of his career, and we could not be more excited to welcome him to the Columbus Crew,” club president and general manager Tim Bezbatchenko said in a release.

“Our goal was to sign a forward who would not only be an individual attacking threat, but who would make us more dangerous as a team. Cucho is a versatile attacker whose agility, mobility and unpredictability make him a constant threat for opponents as he has demonstrated while playing against top-level opponents in some of the best leagues in Europe."

The forward arrives after managing five goals and three assists in 28 Premier League appearances during the 2021/2022 campaign.

Head coach Caleb Porter added: "Signing a top-level player at the striker position was our main priority this transfer window and we are ecstatic to sign an elite difference-maker like Cucho.

"Despite being just 23 years of age, he has shown a nose for goal against top level European opposition, and we firmly believe that he will flourish in our league. We are excited to get to work with Cucho and know the quality he brings to our squad will be a massive lift for our season."

Prior to his lone season with Watford, Hernandez spent loan spells in Spain with Huesca, Mallorca and Getafe. He scored seven goals in La Liga after a 20-goal campaign in Spain's second division.

The Crew could really use Hernandez after dropping to the 11th place on the Eastern Conference table with a record of 4W-5D-5L in 14 games.