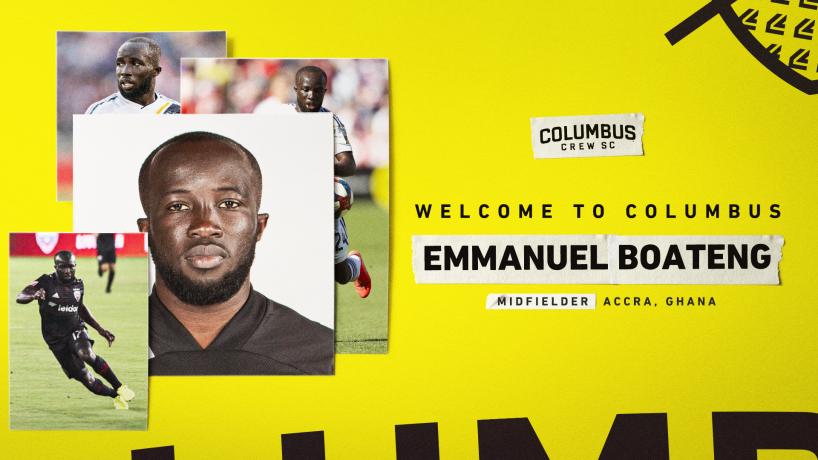 The 26-year-old midfielder has joined the Black and Gold outfit via a trade with D.C United in exchange for defender Axel Sjoberg.

Boateng is an eight-year veteran who has spent the last five years in Major League Soccer, making 111 regular-season appearances (65 starts) with the LA Galaxy and D.C. United.

“Emmanuel is a veteran, dynamic player who brings eight years of professional experience to our Club, and we are excited to welcome him to Columbus,” said Crew SC President and General Manager Tim Bezbatchenko.

“We believe Emmanuel’s speed on the flank and his familiarity with MLS makes him a valuable addition to our roster.

Before joining MLS, Boateng spent three seasons with Helsingborgs IF of the Allsvenskan – Sweden’s top-flight – from 2013-2015. During his time in Sweden, the midfielder made 37 appearances, scoring four goals.

He is a graduate of Ghana’s Right to Dream Academy, Boateng played collegiate soccer at the University of California, Santa Barbara during the 2012 season.

Boateng is yet to earn an invitation to the Black Stars of Ghana.