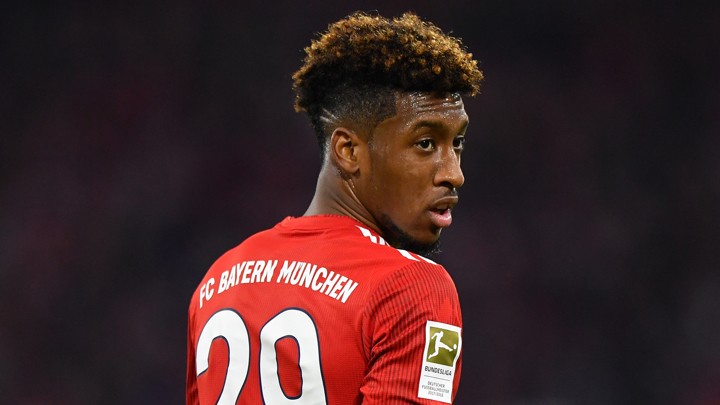 Kingsley Coman is fully committed to Bayern Munich, but the France international winger admits “anything is possible” when it comes to his long-term future.

At 23 years of age, the hot prospect is looking to kick-on in his career after a series of unfortunate injury struggles. He is considered to be the perfect heir to Arjen Robben and Franck Ribery at the Allianz Arena, with Bayern looking for another talismanic wideman to fill sizeable boots.

Coman is up for the challenge, as he remains tied to a contract through to 2023, but concedes that he may be tempted to take on a new challenge away from the Bundesliga champions at some stage.

He told Eurosport: “I don't know what I want in five years so anything is possible.”

Coman is, however, adamant that he will be going nowhere any time soon.

Quizzed on his ambition, the Frenchman added: “To stay at the top level and to win the most titles. Bayern is one of the clubs where you can do that.”

Coman has already been part of title-winning sides at Paris Saint-Germain, Juventus and Bayern Munich, with 16 medals making up his impressive collection.

He has also worked with some of the finest coaching talent in world football, including Carlo Ancelotti, Pep Guardiola, Massimiliano Allegri, Laurent Blanc and Didier Deschamps.

Asked to pick out the best of the bunch, Coman said: “I would say Guardiola because he is the one who made me start playing a little more regularly even if I had played a few matches at Juve.

“For a player in my position, a winger who likes to hit and provoke, he is the best coach we can have because that is what demands us the most.

“He creates systems to have one-on-one situations and it's the system where I can flourish the most. He didn't ask me to have stats. He just asked me to take, hit and centre. And that was what I appreciated very much.”

Coman, who initially joined Bayern on loan in 2015, is now up to 147 appearances for the German giants and has 30 goals to his name.