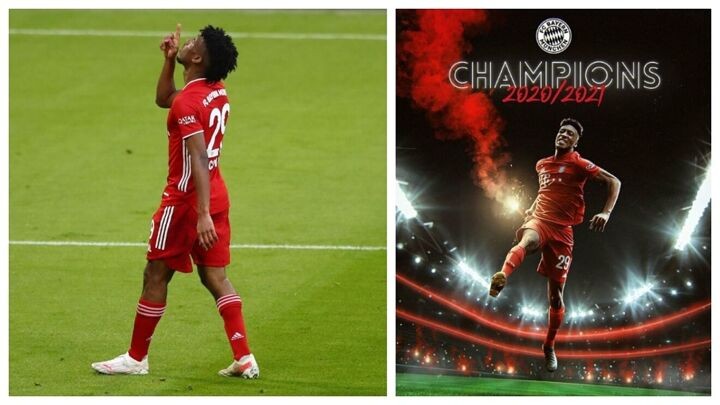 Kingsley Coman has a perfect record when it comes to league titles.

The Frenchman has played ten seasons in the professional game, and has ended each one with a title winners' medal.

Bayern Munich wrapped up the Bundesliga title on Saturday with a 6-0 win over Borussia Monchengladbach, to make it a perfect ten out of ten for Coman.

As far as CVs go, few can boast a better one than Coman: He began at PSG at the age of 16 in the 2012/13 season, and despite making just one appearance, he was entitled to a medal.

It was a similar case the following campaign, where he made just two appearances and PSG won Ligue 1 again.

In the summer of 2014, Coman moved to Juventus and went on to win two Serie A titles in a row, before Bayern Munich came calling.

With the Bavarian giants, he has won six consecutive Bundesliga titles, making it a spectacular ten for ten on a personal level.

At the age of just 24, as well as those ten league titles, he scored the winning goal of the 2020 Champions League final against his old club PSG, in addition to three DFB Pokal, one Coppa Italia, one Coupe de la Ligue, as well as four Super Cups in Germany, one for France, one in Italy and European Super Cup, plus a Club World Cup.

The only great disappointment for Coman has been the 2018 World Cup. The Frenchman was unavailable for the tournament due to injury, which his compatriots would go on to win.