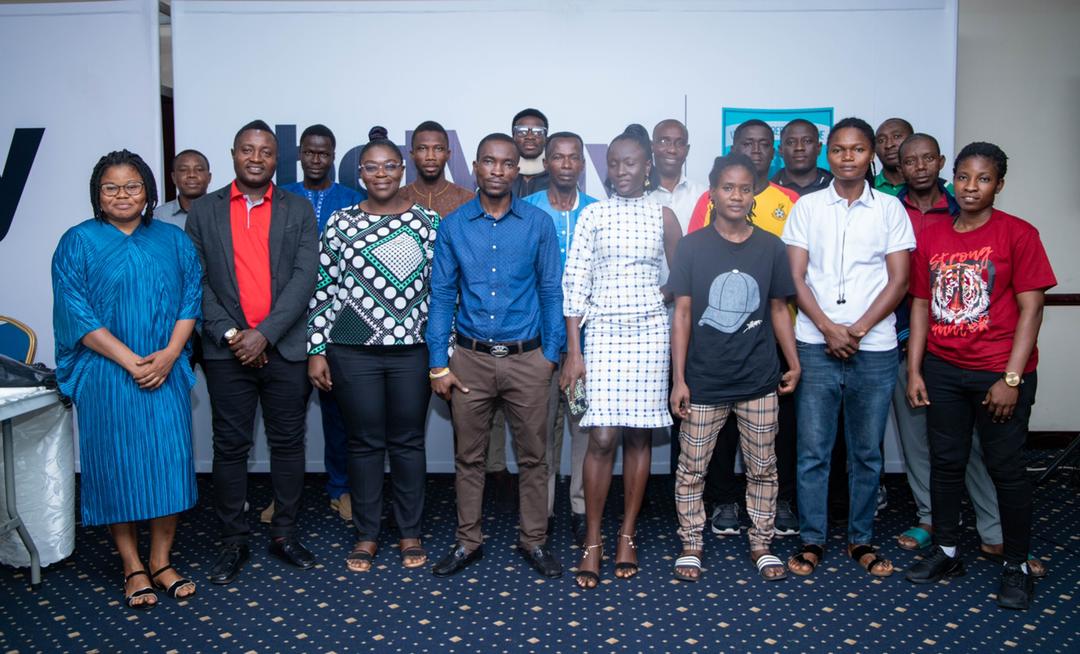 Former Managing Director of Hearts of Oak, Neil Armstrong-Mortagbe has advised women football clubs in Ghana to fulfil their sides of sponsorship agreements, stressing that this will effectively strengthen the marketability of the clubs and help improve the quality of the Ghana Women’s Premier League (GWPL).

Mr Armstrong-Mortagbe was speaking to about 50 club officials at the third in a series of mentorship workshops organised by Betway, the official development partner of the GWPL.

“Many times when people talk sponsorships, they think it’s about a gift, but there is no company that is coming to give you a gift,” Mr Armstrong-Mortagbe said. “They come in because they expect a benefit – they expect something in return.”

He added: “When in need of the sponsorship, we are quick to go, write a proposal, talk nice, show sponsors the benefits and promises, including adverts…and then when the sponsorship is given the clubs go to sleep instead. There have been so many cases on various occasions where some sponsors have to engage agencies to make sure that the benefits that were promised in the sponsorship proposal are delivered.”

On this backdrop, Mr Armstrong-Mortagbe said that the attractiveness of the GWPL in the future will largely be dependent on the commitment the clubs will show towards the fulfilment of their obligations under sponsorship contracts.

“Companies have cancelled their sponsorship deals with teams simply because the benefits promised were not [delivered],” he said. “We should begin to understand that this arrangement is a win-win, not one that [it] benefits only one party.”

The workshop was attended by managers and coaches in two locations in Accra and Kumasi, linked up by video conferencing facilities. They received both virtual and in-person lessons on the use of various strategies to promote and market their clubs.

General Manager in charge of digital platforms and news at Media General, Michael Oti-Adjei, speaking on the use of social media for branding and engagement, pointed out that clubs need to employ professionals to manage their social media platforms.

He submitted that a well-crafted social media presence is very necessary in these modern times for sustaining the image and popularity of football clubs, making them attracting to potential sponsors and enhancing engagement with fans.

“Every football club must be where their fans are. Whether you know them individually or not. There so many people sitting on social media. Your fans automatically sit there,” he said, urging clubs to develop content strategies that help to engage with the fans.

“You must always have a good content plan; it goes without saying. Having no content plan is like going to train and not having an idea what you are going to train on today; it doesn’t work like that. People are spending their time sitting, spending money, spending data, caught talking, doing all sorts of things on social media. And as a club and as football people, this is not a place we can avoid.”

On his part, Ashley Kotzin, the Founder of ForwardZone, South Africa's premier football management company, implored club marketers to work hard to fulfil their roles in the development of the game.

“The importance of sports marketing is that it allows companies to promote directly to a primary target audience, a captive audience and stand out from the clutter of traditional advertising. And sports is a good opportunity for great marketing campaigns because generally what it does is that it helps brands align and be involved with sports, which is a particularly powerful passion point for so many people,” he noted.

“We need to think about how to productise what we do because ultimately, leagues, teams, federations, and players… all of these elements are pieces of the sporting ecosystem that we may want to bring partners or sponsors into to help us grow and develop the ecosystem.”

She advised football managers and players to build consistent brands across all media platforms – mainstream and digital. She urged the clubs to help their players to polish up their personal brands, defining personal branding as “the practice of marketing people and their careers as brands.”

“It's an ongoing process of developing and maintaining a reputation and impression of an individual group or organisation,” she said. “If you portray yourself as something in public, and you get caught up being the opposite behind closed doors, all the work you've put into building that brand gets destroyed.”