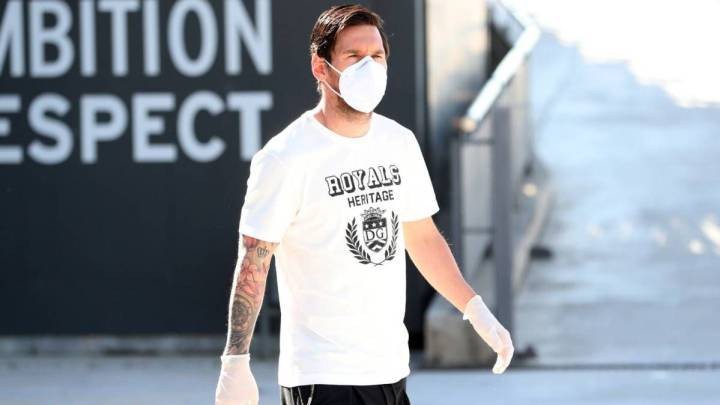 The Argentine striker missed the start of the season with a problem in the calf muscle of his right leg.

Leo Messi failed to train with the rest of his team mates at the Tito Vilanova de la Ciutat Esportiva training complex today. The Argentine trained alone in the gymnasium as a preventative measure with the calf muscle in his right leg giving the striker problems. A muscular problem in the same place ruled the forward out of the early part of the 2019/20 campaign but medics at the Catalan side are optimistic that the club captain will be fit for the LaLiga restart when Barça travel to Mallorca on Saturday week.

Indeed, it's hoped that Messi will be in a position to rejoin activity with the rest of the squad on Friday with Setien giving the players Thursday as a day off.

Head coach Quique Setién will hope to have a fully fit squad for the trip to Palma de Mallorca with striker Luis Suárez poised to get the green light from the club doctors after his lengthy lay-off following surgery on his knee. Ousmane Dembélé remains the only high profile absentee but the French player is no longer registered as a first teamer for the remainder of the season given the nature of his slow rehabilitation  process but it's hopped he may be back for the finals stages of the Champions League which are set to be staged in August.