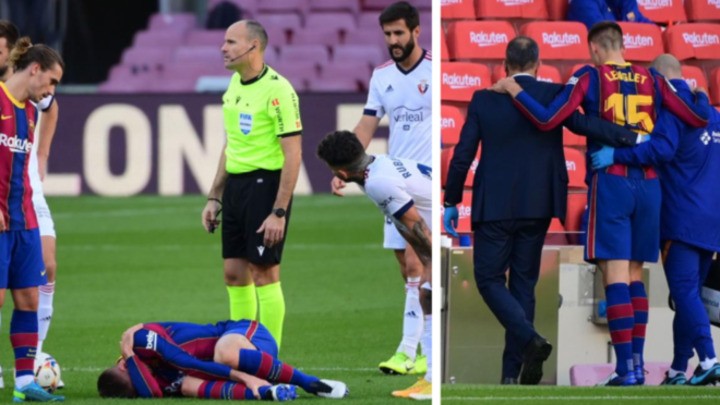 Barcelona's 4-0 victory over Osasuna on Sunday was cause for celebration, but there was also concern for the Blaugrana as Clement Lenglet suffered an injury in the second half.

The Frenchman injured his ankle and this is a major problem for Ronald Koeman since he is also currently without Gerard Pique, Ronald Araujo and Samuel Umtiti due to their own injuries.

This means that the four first-team centre-backs in the squad are all currently on the medical report.

Barcelona B player Oscar Mingueza started alongside Lenglet on Sunday and the 21-year-old will surely have many more minutes in the near future.

Frenkie de Jong dropped back into central defence for the final moments of the Osasuna match and could be an option for Koeman, as he has played there more than once. Junior Firpo is another option to play there.

With Pique to miss several months and with Umtiti so regularly injured, Barcelona may turn to the market in January to make another push for Eric Garcia.