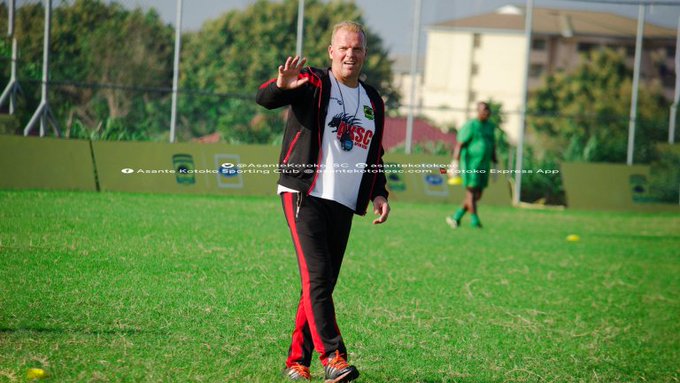 Asante Kotoko have terminated the contract of Norwegian tactician Kjetil Zachariassen after being in charge of the club for just four months.

Management of the club confirmed the two parties have parted ways after a crunch meeting with the coach on Wednesday.

"Management has terminated the contract with Norwegian Coach, Kjetil Zachariassen after a meeting at the club secretariat in Kumasi today," a statement of the club's Twitter handle read.

Zachariassen's job was under threat after the club's elimination in both CAF Club inter club competition.

The former Ashantigold gaffer spent a week in Ivory Coast after the team's defeat to San Pedro citing reason's as his life is at risk because of fans threat.

However, he arrived at the weekend and met management of the club today, where it was decided the two parties can't work together anymore.

There were reports that his certificate were fake leading to fans outrage at the club.

His comments after the team's exit from the CAF Champions League further robbed salts on the sours of the fans, who demanded his immediate sack.

Zacharissen had a contract with the club till 2022 before the termination.