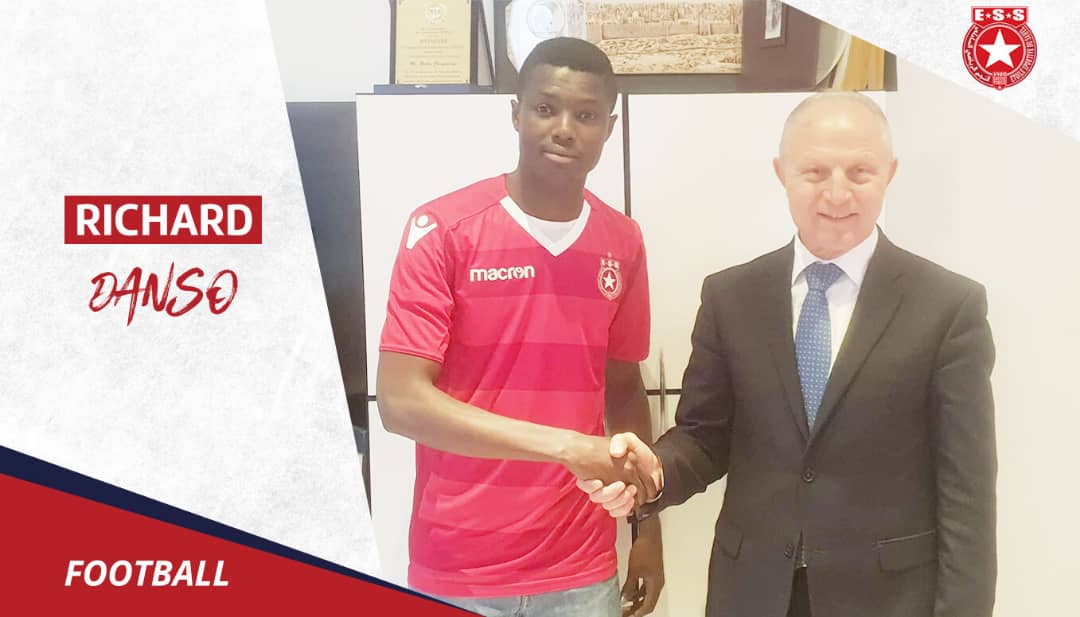 Danso penned a four-and-a-half-year deal with the Tunisian giants on Saturday after ditching Club Africain due to a transfer ban on the club.

The 18 year-old is an integral member of the Ghana U20 team.

He scored twice to help Ghana qualify for the U20 AFCON.

Danso was part of the Ghana squad at the 2017 FIFA U17 World Cup in India where he scored two goals in four matches.