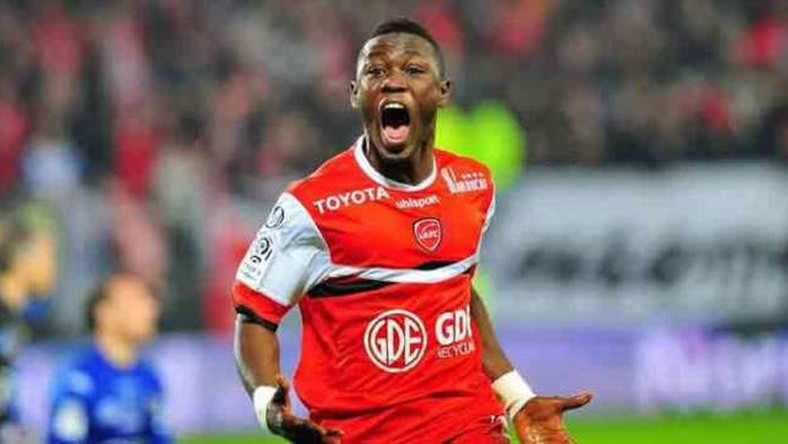 Majeed Waris refused to attend a meeting with management

France-based striker Majeed Waris angrily snubbed a high-level meeting to announce his exclusion from the 2019 Africa Cup of Nations, implying he was unfairly dropped from the team for the tournament in Egypt this month.

The meeting called by Ghana coach Kwesi Appiah on Monday together with those currently acting as management of the team to announce the heart-breaking verdict to leave him out.

But the Nantes striker, who has earlier in the day heard widespread reports of his dropping from various websites decided that he has been disrespected with the leaks of the squad.

He was also unhappy about the decision to leave him out because his statistics this season stand tall over several players in the squad which exacerbated his extreme disappointment.

Deputy Sports Minister Perry Okudzeto as well as Normalization Committee members, Naa Odofoley and Samuel Osei Kuffour as well as GFA official Alex Asante and legend Ibrahim Sunday were all seated waiting to announce the decision to the player but Waris refused to attend the meeting.

In a humiliating snub to the high-level delegation, Waris locked himself in his room as he prepared to arrange to leave the camp by Tuesday morning to come to Accra for his summer holidays.

Waris' refusal to attend the meeting shows his direct anger at the decision while giving the caretaker management committee members a taste of how to deal with players.

Sammy Kuffuor who also suffered a similar fate in Mali 2002 after being thrown out of the Ghana squad for indiscipline also got to see dealing with players from the management perspective.

This is the second time Waris has been dropped from the Ghana final squad after making the provisional list for the Africa Cup of Nations.

He was dropped by coach Avram Grant from the 2017 team that reached the final.