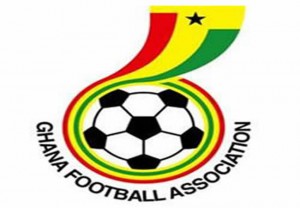 Ghana football could be heading for its biggest shake-up since the creation of the country's top-flight with a radical 18-league proposal splitting heads in the West African country.

A radical revamp of the Ghana Premier League structure would see the league expanded to 18-teams.

Currently the structure is a 16-league table with the controversial proposal attracting mixed reaction from Premier League clubs.

The Ghana FA has contacted the Premier League clubs to explain the idea-with an aim of bringing the changes into effect for the 2016/17 season.

The controversial proposal has split heads in the West African country amid fears of litigation derailing the start of the Premier League.

Dreams FC and Tema Youth are locked up in long winding legal tussle which has prompted the Ghana FA to find an easy route to solve the lingering issue.

It appears the latest move is a pathetic, sorrowful and cutback attempt by the FA to avert another legal showdown which threatens the start of the Premier League.

The thinking behind the proposal is to re-instate Tema Youth who won their case against the Ghana FA at the Court of Arbitration for Sports (CAS) regarding their legal battle against Dreams FC.

The Ghana FA will seek a ratification of the decision at next month's congress, with a final decision to be confirmed before the start of the new season.

Clubs are bound to have reservations about having to play more games which would affect their finances.

The proposal will see relegated teams New Edubiase, Hasaacas alongside King Faisal battle the second-placed teams in the second-tier league last season to determine the winner to join Tema Youth in the elite division.