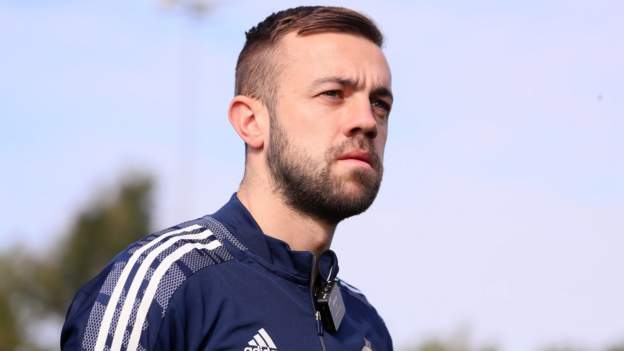 Conor McMenamin has been withdrawn from Northern Ireland's Nations League squad following a video which has been circulated on social media.

An Irish FA statement said the decision had been taken "in light of a historic social media video".

He becomes the second player to be withdrawn from the squad in two days.

Kilmarnock striker Kyle Lafferty was withdrawn from Northern Ireland's squad on Friday amid an investigation by his club into an alleged sectarian remark.

On Thursday, Kilmarnock said they were aware of footage "which appears to show a member of our playing staff using language of a sectarian nature".

The Irish FA also said a "minor back problem" had also prevented Lafferty training this week and contributed to his withdrawal.

The 27-year-old has won three caps and started Northern Ireland's final two of June's matches - a 3-2 defeat in Kosovo and a 2-2 draw at home to Cyprus.