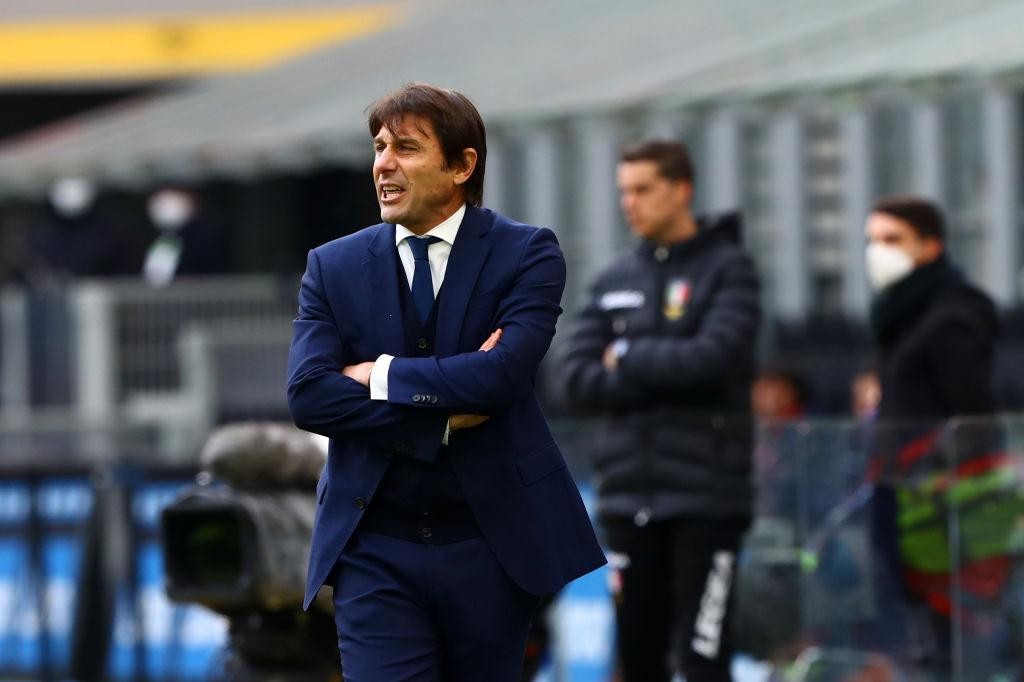 Ten matches since the start of the second half of the season and ten victories for Antonio Conte’s Inter, who continued their winning run and extended their lead at the top of the table thanks to a 2-1 victory over Sassuolo this evening.

This is what the Nerazzurri Coach had to say to DAZN after the game:

Where have things clicked?

“We needed to take a step forward if we wanted to be protagonists, if we wanted to become credible contenders for the Scudetto. We had to become more attentive, ruthless and determined in every situation. There are games like today where we can be up against teams with no pressure and who can come here to make a good impression against the league leaders. Today, we could have scored 5-6 goals and should have been more clinical, but the match remained open until the end. Compliments to Sassuolo, but this result shows that the team are growing. With this kind of mentality, perhaps we’d still be in the Champions League.”

Are you annoyed that Inter wasted two chances in the closing stages?

"No, there was a lot of tension. Nine matches remain, and every game is worth six points to us. Every time we win, it’s another big step forward, and not just in terms of our league position: it also weighs heavily on those who are pursuing us. From now until the end, every match is incredibly important, so we’re satisfied. It’d be great to win a trophy again after such a long time and end Juventus’ streak. It feels like the ball weighs a lot at our feet at the moment.”

Inter are a team where everyone knows what they want. When was the decision made to change the attitude of the side when they don’t have the ball?

“Games can vary. Today, we knew we’d be up against a side that make possession their main strength, so we knew it’d be risky leaving room in behind. We took big risks at the start of the season, pressing very high and creating one-on-one situations. It paid off at times and at other times it didn’t, also because your opponents study you. We’ve now found the right middle ground where we’re also able to make the most of the characteristics of our players.”

Just how important are the positions that Lautaro and Lukaku take up? They’re good at staying close to one another…

“We’ve been working a lot on their positions on the pitch for some time now. Lautaro and Lukaku move well and are on the same page when they do so, including when they attack in behind. I would also like to highlight Sanchez’s contribution. He’d also deserve to play and is an important alternative for us at this time. He has different characteristics: he’s more of a technical player and someone who can provide assists. I’d like to compliment our strikers on what they’re doing, including when we don’t have the ball. There’s also Andrea Pinamonti, who hasn’t played a lot this season but is making great strides forward. He could do well with the potential he has.”

Just how much can Lukaku still improve?

“I haven’t forgotten how people turned up their noses when he arrived. From the very beginning, I said that he was a rough diamond and that, by working on him, he could become extraordinary. He’s made exceptional strides forward and can continue to do so. The same applies to Lautaro, and we can say that Inter are well-placed when it comes to strikers: both are young, can grow and learn from those with more experience, like Sanchez. The important thing is for them to continue working in this way for the benefit of the team, then opportunities will come their way.”

How do you rate Eriksen’s performance?

"Christian is working on aspects that were previously unknown to him, with Serie A being a very tactical league. He’s growing and knows he can do more, but he did what I’d asked of him in what was a very difficult match. Last year, we shipped three goals against Sassuolo here. It’s disappointing that we conceded today – also because Skriniar wasn’t on the pitch – but we’re now much more mature and solid than we were in the past. Without being solid, you can’t be contenders in the league.”