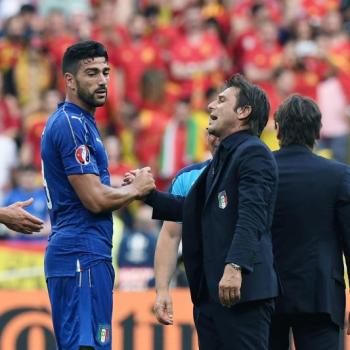 Speaking after Italy's defeat in Bordeaux to Germany, Antonio Conte stated he was excited to be joining Chelsea in the Premier League next season, although he admitted there was a time when he hoped his stay as Italy’s manager would extend beyond Euro 2016. He stated:

"The decision to leave the national team after two years was taken early and I don't deny there were moments when I'd have liked to have the opportunity to continue. But, because of certain developments, I wasn't able to go back on that.

"In November I thought I was continuing with the national side," he added. "Then I told the president of the Italian football federation of the great opportunity to join Chelsea Football Club.

"I wanted to return to the cut and thrust of club football. Now, I have the opportunity to start this exciting adventure."