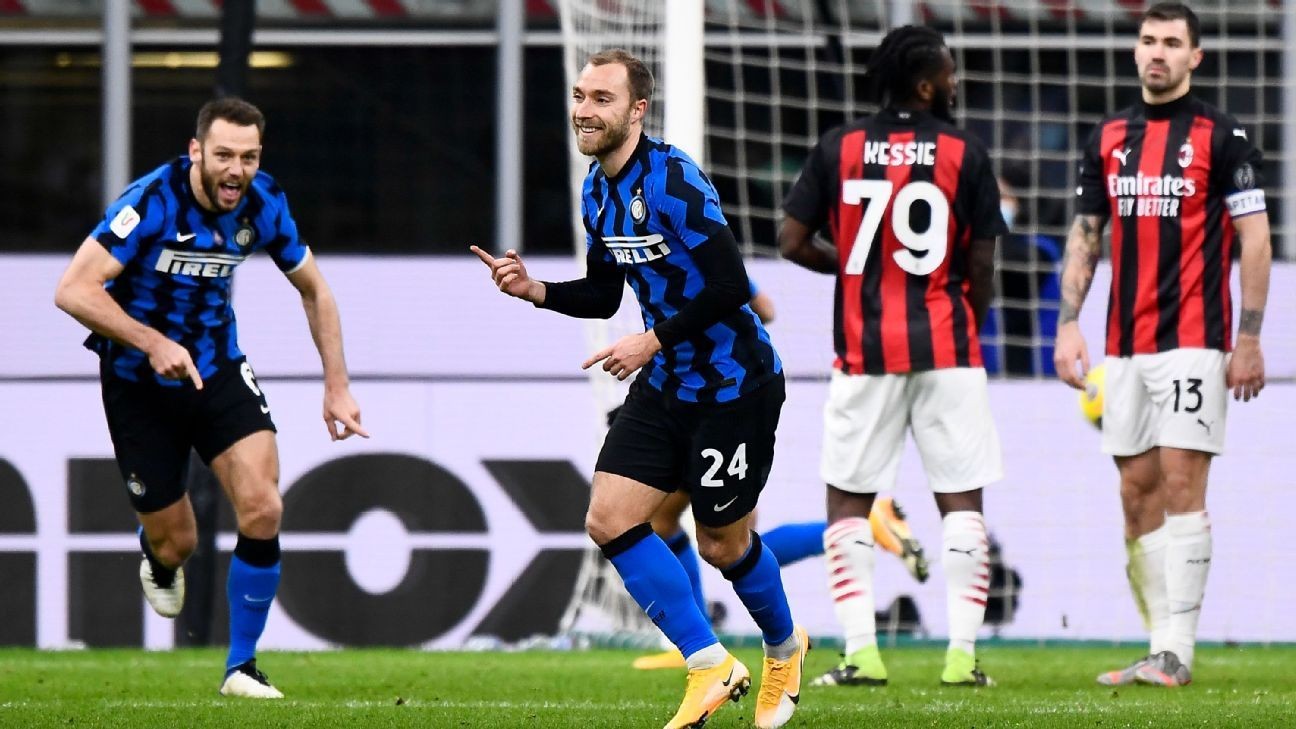 Eriksen joined Inter from Spurs last January but has struggled for game time and has often found himself not featuring at all in matches.

However, after Eriksen's 97th-minute free-kick put Inter 2-1 ahead and settled an intense derby, Conte said he hopes this could be the start of a new chapter at Inter for the Denmark international.

"It should galvanise him and us," Conte said of Eriksen after the match. "I had urged Christian to take the free-kick.

"He's a nice guy, who we all care about so he's a lad who has integrated himself well in the team. However, despite this, he is quite shy.

"Let's hope this goal helps him in that regard because we need him."

Eriksen's time at Inter appeared to be up in December, when Inter director Beppe Marotta had said they were actively looking to sell him in the January transfer window.

"Eriksen is on the transfer list, [director] Piero Ausilio confirmed as much," Marotta said at that time. "He has struggled to settle into the squad, he is not functional to the squad.

"That's just an objective fact. That is not any insult towards his professionalism, there is no punishment, it's just a situation that has developed and it's only fair he goes where he can play more regularly."

owever, Conte said he believes they may have found a position which suits Eriksen better within the manager's Inter system. He added: "We have started a new tactical course with him. He is our only replacement for [Marcelo] Brozovic."

Inter are in the semfinals of the Coppa Italia and sit second, two points behind leaders Milan in the Serie A table, as they search for their first major trophy since 2011.