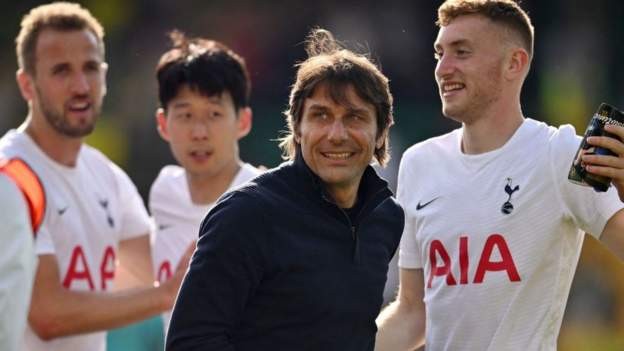 Antonio Conte will remain as Tottenham head coach next season.

There had been doubt over the Italian staying on, despite Spurs qualifying for the Champions League.

However, the news in midweek that owners ENIC were injecting £150m into the club has allayed fears about whether Tottenham would meet Conte's demands for improvement.

Conte met director of football Fabio Paratici in Italy on Friday and re-affirmed his commitment to the club.

It remains to be seen whether Conte will be willing to extend his contract.

The 52-year-old's current deal ends in 2023, although the contract does contain an option to extend for a further 12 months.

Conte was named Tottenham boss in November last year and guided the club to a fourth-place finish in the Premier League.

However, he appeared to suggest he was not happy at the club as recently as February, seemingly unhappy with the situation he had inherited.

After losing to Burnley on 22nd February - their fourth loss in five Premier League games - Conte said he was frustrated and that "if the problem is the coach I am ready to go".

He had also appeared to question Spurs' transfer strategy in an interview with Sky Italia but later said that his comments had been mistranslated.

However, Tottenham finished the season strongly and, after a 3-0 north London derby win against Arsenal on 12 May, he said he was "very happy".