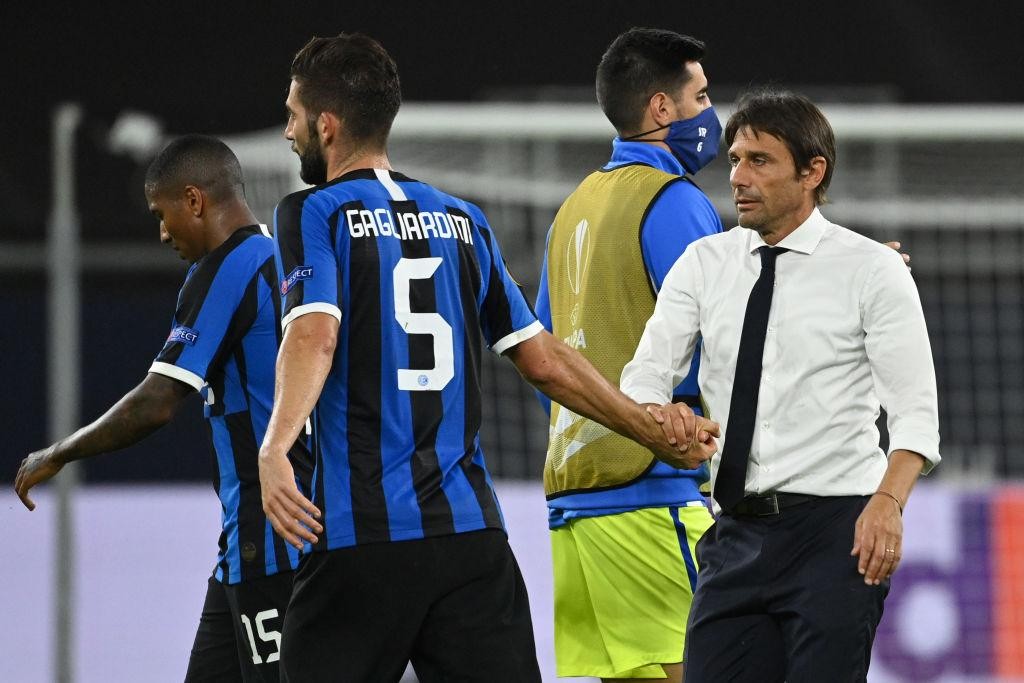 Thanks to goals from Lukaku and Eriksen, Inter resumed their European journey with a victory: the Nerazzurri ran out 2-0 winners against Getafe at the Arena AufSchalke to qualify for the quarter-finals of the Europa League. This is what Antonio Conte had to say after the match:

It was a game that Inter managed to win after creating a number of chances, although Getafe started the match better. How did you see things from the bench?
“We approached the matchaware of the difficulties that we might face. They started strongly, we got it wrong when moving out from the back and they had a big chance. They were full of running at the beginning, doing better than us in this respect. But then we grabbed hold of the reins and started to play, creating opportunities in the process. We were expecting a game like this, a real battle. When we needed to get stuck in, we did so. This is a positive to come out of the game, because it means that the lads are improving when it comes to their ruthlessness, their desire to defend the result and not concede. It’s a step that we’ve been struggling to make during the season, and now we’re starting to achieve this. I’m happy because the Europa League is an important competition for us, it provides us with an opportunity to grow through knockout ties.”

How important is Lukaku in matches like this?
"Romelu could've had an even better evening. He scored a great goal with a run in behind. It took him a while to get into the game, but it was a big performance, just like the displays produced by Lautaro and Sanchez, both of whom impressed me. It was a positive evening and I'm happy with the whole team. They want to progress in this competition."

After the recent wins, are you optimistic about the future?
"I only think about my job. I'm calm when I see the boys play this hard, with desire and determination. They are constantly improving. We're becoming a tough team. Everybody's involved in the project and happy with what we're doing."

Are you happy for Eriksen and the fact he scored?
"I'm really happy for him. Like everyone else, he just needs a bit of fortune to turn things around. He's a great lad, he knows that I make choices for the good of Inter. But the fact that he came on raring to go and instantly made it 2-0 is important. He's getting better and better for us."