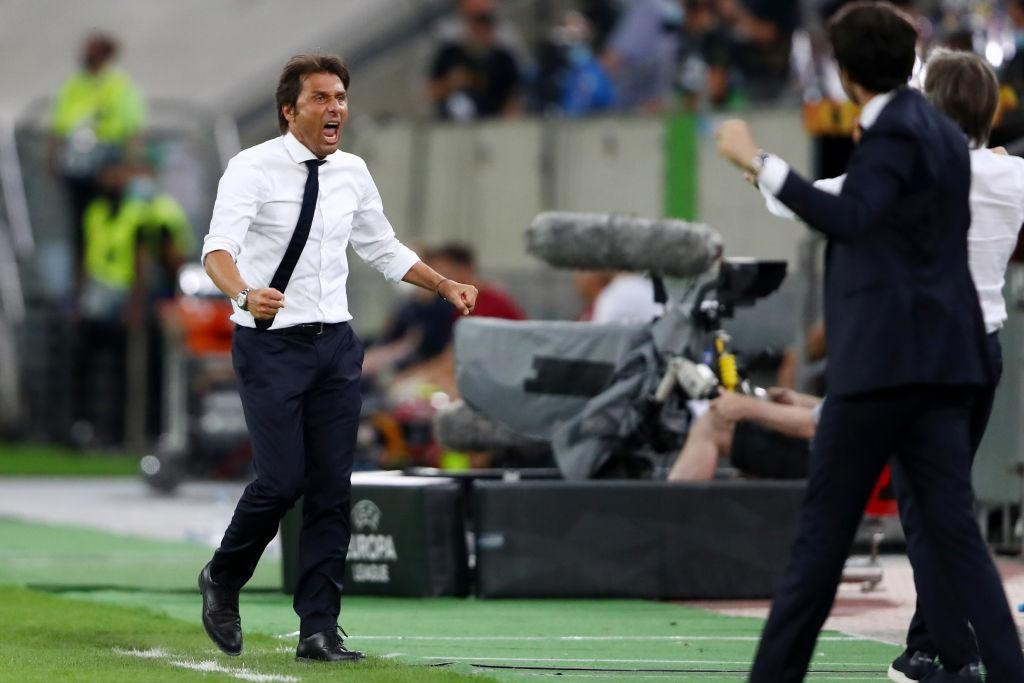 After Getafe, Bayer Leverkusen were Inter’s next victims in the 2019/20 UEFA Europa League, with goals from Barella and Lukaku sealing a 2-1 win for Antonio Conte’s side, who have secured their place in the semi-finals of the competition. This is what the Inter Coach had to say following the match:

The team put in a great performance and gave everything right until the very end. What are your thoughts on the display?

“Everybody is really happy because we put in an excellent performance. We prepared for the match in the right way and managed to stop Bayer Leverkusen from playing. Furthermore, while in possession, we implemented what we’d worked on. We could have gone through in a more relaxed manner because, despite the fact that we never really had to dig in, the result was close. However, I can only compliment the guys because they wanted to show that we’re experiencing a big season. We’ve now got the chance to play in a European semi-final and should be happy about this. From tomorrow, we need to start thinking about our next fixture, because we want to aim for the maximum without having any regrets.”

"It’s difficult to talk about individuals when you see such a great performance from everyone. Romelu has had a great season, but he’s been supported by the whole team. If all the players do well and play as a team, it puts everyone in a position to perform on an individual level too. Having strikers such as Lukaku, Lautaro and Sanchez is important, but they need to thank the team, because the group allows individuals to best express themselves.”

Together with the three central defenders, Handanovic is displaying great character in looking to build out from the back. Is that where Inter’s game begins?

"We’re working very hard in this respect. In addition to having players with excellent technical ability, it’s important to be able to escape opposition pressing through memorised positional situations. This allows us to play vertical passes and find space. I often hear counter-attacks being spoken about, but this isn’t the case. We build out from the back to create the right situations and space.”

After a game like tonight, are you more annoyed at missing all those chances or happy at only allowing a team like Bayer Leverkusen to have two shots?

"It’s difficult to be annoyed after a game like tonight. I can only compliment the lads on their performance. As is the case after every game, we’ll analyse every situation and see where we can improve.”