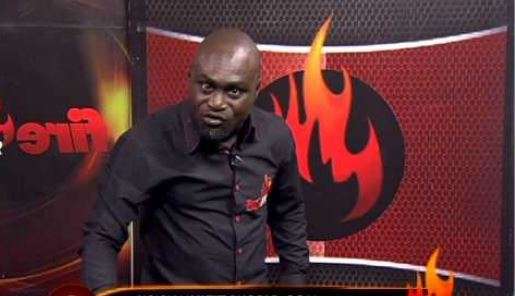 Songo believes the Ghana Premier League has quality players who should be starting, but foreign boys get the nod, and he has slammed the campaign to include Ghanaian footballers born abroad in the team.

According to Songo, the Black Stars would have been dominated by local players if a good coach was in charge.

He noted that Asante Kotoko players Safiu Mudasiru, Moro Ibrahim, and Abdul Ganiyu should have been fielded for Black Stars matches instead of players of Ghanaian descent.

“If we had good Black Stars coach like by now Mudasiru, Moro Ibrahim, Ganiyu and others will be playing the Black Stars if we had a good coach, not the Inaki Williams, Odoi, Benjamin Tetteh and the rest who are bench warmers at their clubs,” Songo stated.

Countryman Songo has been a vocal critic of the Ghana Football Association and the Black Stars.

He believes Ghana's coach, Otto Addo, is unfit to lead the country to the 2022 World Cup in Qatar.

The Black Stars have been assigned to Group H of the 2022 World Cup, where they will compete against Uruguay, South Korea, and Portugal.