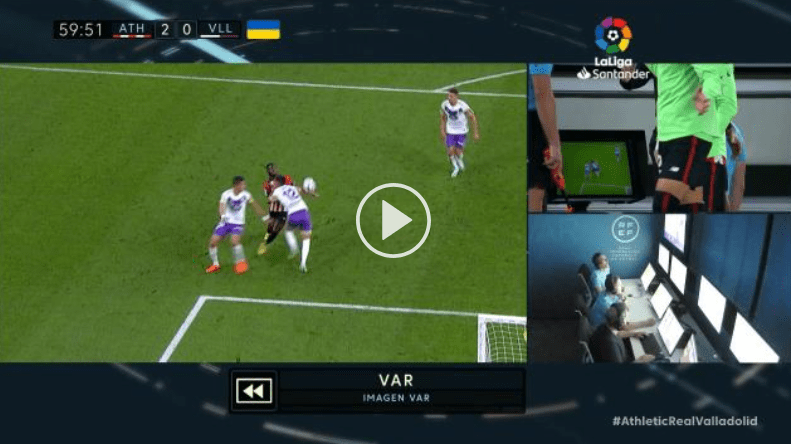 In the final LaLiga Santander game before the break, Athletic Club provided its supporters with a thrilling game.

A brace from Gorka Guruzeta and a goal from Vivian helped the team to a 3-0 victory, which could have been even bigger. Not only because the rojiblanco team was prominent in many of the arrivals, but also because the VAR clearly interfered in one particular event.

Referee Isidro Daz de Mera used video assistant referee (VAR) to evaluate a risky action that occurred in the Real Valladolid team's area after the game had ended and the ball was in Athletic's field. Sancet had just stopped the match with a tackle.

Prior to the event, everything pointed to his reviewing a potential punishment for Iaki Williams. It was even being celebrated by the San Mamés supporters, who essentially assumed that the referee would make the crucial call.

However, when the referee ruled that the forward for the Bilbao club had been absent because of his altercation with one of the Pucela defenders, the cheers quickly turned to whistles of outrage.

When the VAR has had to intervene, there has occasionally been a contentious move that you can see in the news video linked.