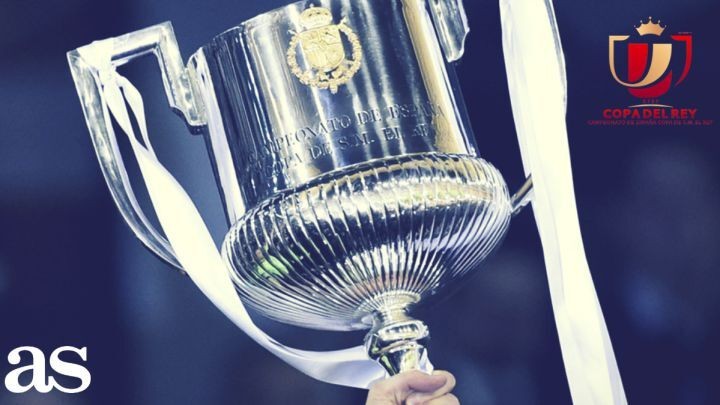 All the information on how and where to watch the draw for the next instalment of the 2020/21 Copa del Rey, live from FA headquarters in Las Rozas (Madrid) at 13:00 CET on 22 January.

By the time of the draw, there will be just 16 sides remaining in the 2020/21 Copa del Rey and at least one huge shock means that reigning LaLiga champions Real Madrid will not be one of those.

Copa del Rey round of 16: the draw

At the time of writing, the other three Spanish Super Cup participants Real Sociedad, Athletic Club and FC Barcelona are still with us and will be expected to take their place.

Of course, what happened to Los Blancos on Wednesday night - a result that raised further doubts over the credentials of Zinedine Zidane - wasn't the first eye-catching surprise of this season's competition. While the Super Cup teams were enjoying their bye, current table-toppers Atlético Madrid were being brought down a peg of three by plucky Cornella, while Ibiza and Cordoba also made headlines after they deposed of top flight Celta Vigo and Getafe respectively.

The final of this year's Spanish Cup final will be played in La Cartuja in Seville with the Spanish FA and the local Andalusian sealing a deal that will see all finals through until 2023 staged in the southern city.

The 20202-21 Spanish Copa del Rey Round of 16 draw will be staged at the headquarters of the Spanish FA in Las Rozas in Madrid on Friday 22 January 2021 with proceedings getting underway at 13:00 in the Salon Luis Aragonés.

When will the games be played?

Ties for this round of 16 will start on played across the 26, 27 and 28 January with single leg games concluded by extra-time or penalties if there is no winner by the end of the 90 minutes.

The remaining teams are:

Where can I watch the draw?

No matter where in the world you are, the draw can be accessed via the YouTube feed of the Spanish FA, although note that this feed is only available in Spanish. If the Romance language is not part of you repertoire, then we have an immediate solution for you, which comes with so many other unique features. Read on...

Undoubtedly the best platform to follow the cup draw is with AS English. We'll will be on hand to bring all the thrills and spills as the balls are drawn live from the RFEF HQ, with original insights and reaction. Our coverage will start approximately an hour before the draw.