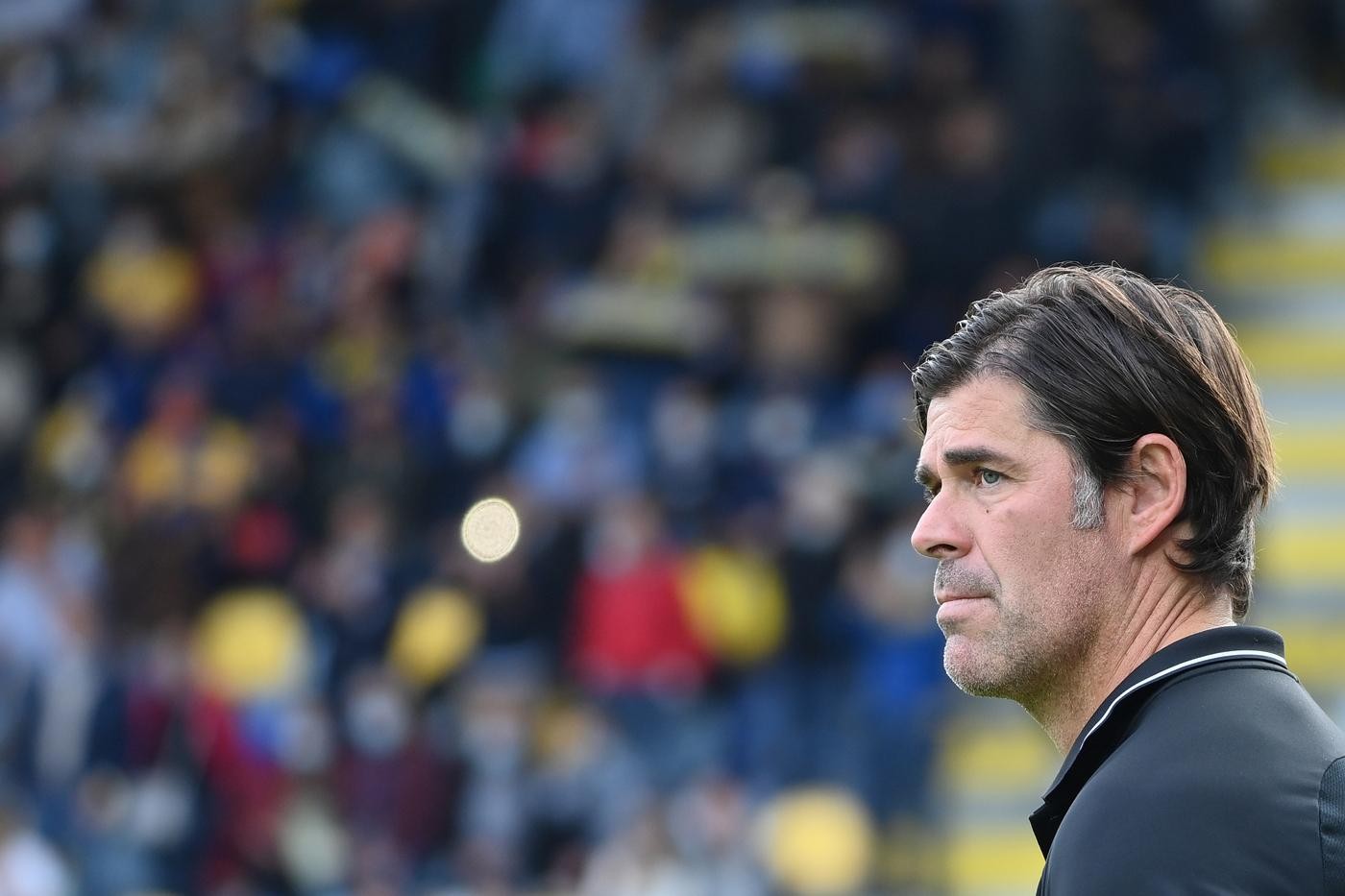 Udinese coach Andrea Sottil spoke to Udinese TV ahead of his side’s first competitive match of the season, as they face Feralpi Salo on Friday evening.
Here’s what he had to say:

A long pre-season is coming to an end and there’s not long to wait before the first competitive match of the season. How are you feeling?
“Things are finally getting under way. We’re playing with a real purpose: to get through to the next round of the Coppa Italia. It’s been a great week of intense work. I’m really pleased with the willingness that the players have shown since I arrived. They know how to work hard and they follow what I say, so there’s been a great response. Our training this week has focused on a few different things, like pressing and high-intensity play. I’m really pleased.”

One year ago, you came to Dacia Arena with Ascoli. Tomorrow, you’ll be in the Udinese dugout. How do you feel?
“Life holds many surprises. Last year, it meant a lot for me to come to this stadium, where I played for many years alongside my team-mates. Now, I’m in the Udinese dugout. I already got a taste of it against Chelsea but we’re now playing with a clear target in mind and everything is different. It will be very exciting.”

How are the team doing, and especially Beto, who has returned to the group?
“The team are doing well. We’ve had a few injuries so some players still need time to recover, but those who are available are all fine. They’ve worked really hard. As for Beto, we are all really pleased to see him back with the team. It’s very important mentally for a player. It’s really positive to be able to have a kick-around with your team-mates, move about and try to score. I’m really happy that he’s back. Clearly, we have to manage his full return to training carefully and we’ll liaise closely with medical staff to do so. We’ll decide today whether he’ll be available to start on the bench tomorrow. If not, he certainly will be against Milan.”

How are Rodrigo Becao and Tolgay Arslan doing? Will they be available tomorrow?
“Arslan will be for sure. His recovery is going well. Becao is doing well. His operation was successful. His nose is not swollen and he’s been doing individual training for a few days. He’s pushing hard physically. Once his mask is made today, he’ll be training with the others on Monday.”

We’ll need to show Feralpi Salo the utmost respect, especially after they knocked out a Serie B side like Sudtirol in the preliminary round.
“There are no easy games in Italian football. You can see that when a Serie C side knocks out a Serie B side like Sudtirol. We absolutely must not underestimate this game. I will repeat that to the players. We’ll need to be fully focused because we’re playing at home in front of our fans. We must show desire and determination to put in a great performance and get through to the next round against a well-organised side. We need to approach this game as if it were a league match because that’s what my team must always be about, whichever opponent we face. They have Stefano Vecchi at the helm who is very skilled. He’s shown that in his career. They will come to play their game, but we are Udinese and we must push from start to end to win. We need to be organised, determined and focused, playing the game as we’ve shown we know how.”

Do you already have a clear idea of the line-up?
“Absolutely, yes. I often make some final changes in the build-up but I have a clear idea of who will start the game. I will rely a lot on the team as a whole. Obviously, there all 11 players in the starting line-up, but with five substitutions, it’s possible to change things up. I’m lucky to have a squad made up of great players who can always make an impact.”

How are the new signings doing? Nehuen Perez played against Chelsea and already knows the set-up well. How about Enzo Ebosse too?
“You know Perez very well. I saw him play last year. He’s a top player who shows great enthusiasm even though he is still young. He has lots of personality and leadership ability, which I like a lot. He’s doing well physically. He just needs to get a full 90 minutes under his belt, but he did pre-season training with Atletico de Madrid, played 45 minutes against Chelsea and trained with us this week, so he’s fully available. Ebosse has done three weeks of training and played in five friendlies. He’s a disciplined player who is very skilled and versatile. He knows how to play the ball and he’s very committed. I’m really happy they’re both here.”