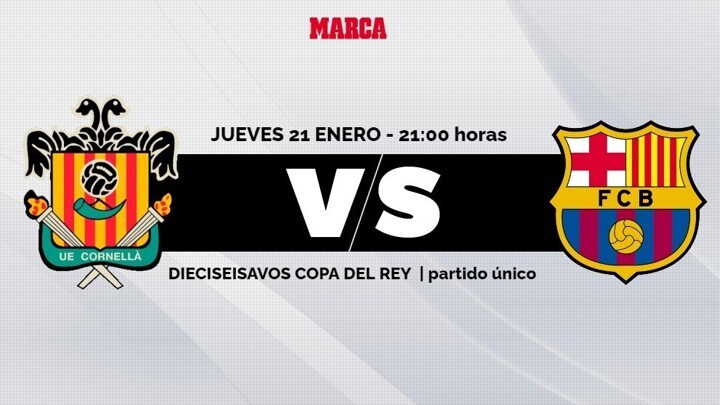 Barcelona's Copa del Rey journey begins on Thursday night and the club, as has become the norm this season, are surrounded by doubt after their Supercopa de Espana final loss to Athletic Club.

The Catalans' performance, particularly defensively, raised yet more doubts about what they are capable of achieving this season.

Their propensity to switch off, their failure to deal with defensive set pieces and their struggles when pressing opponents gives Ronald Koeman cause for concern ahead of their Copa del Rey date with Cornella, who have already sent Atletico Madrid packing from the competition this season.

Barcelona will have to show that they've overcome the disappointment of the weekend if they are to avoid another upset, and Koeman himself has confessed that the squad were hurt by the manner in which they lost in Andalusia, having led 2-1 in the 89th minute.

The Dutchman hasn't wanted to give too many clues about his starting XI, though Lionel Messi's absence is certain as he serves the first match of his two-game ban.

Riqui Puig is likely to feature from the start and Koeman's team will likely take into account the artificial surface, something that he has highlighted the significance of in the build-up.

Another doubt surrounds their goalkeeper. Barcelona have usually played their backup option in the Copa del Rey, but Koeman isn't a fan of this kind of approach so it remains to be seen who he will start between the posts.